On the dirt road to Lake Shore Lodge, we stopped at a village to purchase some veggies from their market. Got some local spinach, tomatoes, potatoes and onions for around R20,00. At last we were driving along the edge of the lake, and arrived at Lake Shore Lodge. Sabina, who is working there to learn the ropes of running a lodge, welcomed us, we had a quick drink at the bar in this incredible setting with the beach and lake. 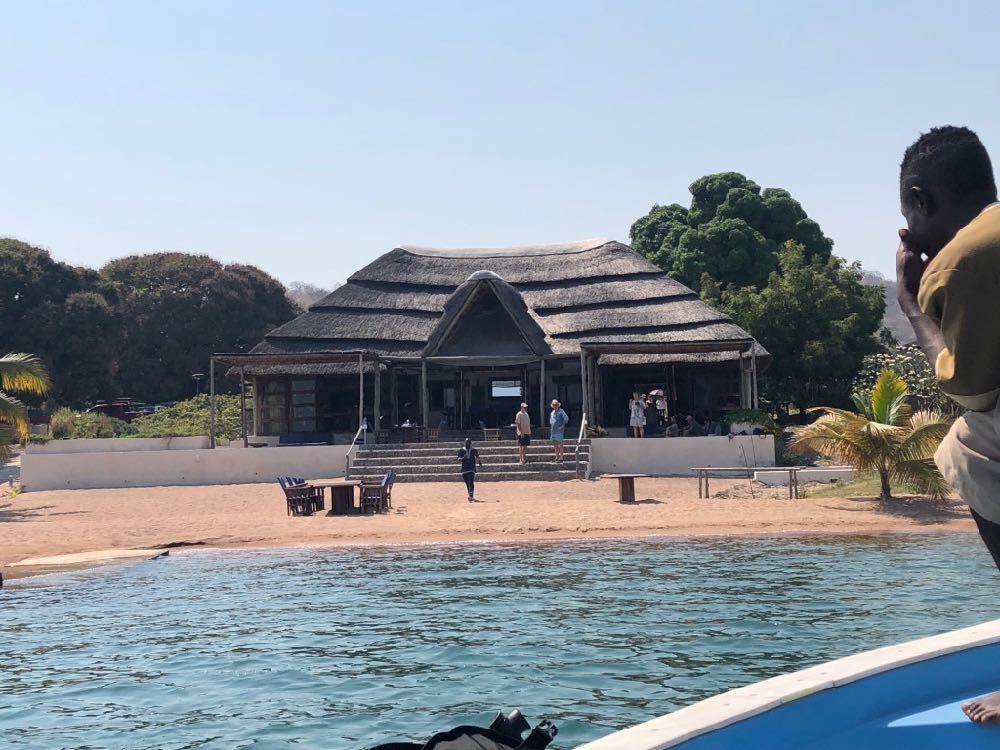 While we were checking in Louise, the owner, came up to us and asked if we were missing a passport – checked in our passport wallet and we realised we had left Richard’s passport in the hotel at Tabora!! It has fallen from the bedside table under the bed. They had tried to contact us while we were driving, but poor signal meant they could not get through. When one checks in to most of these places you let them know where you are coming from and where your next destination is – thank goodness, as they contacted Lake Shore Lodge to let them know. All arranged between the hotel and Mark& Louise – the passport was given to a bus driver who drove to ? – there it was passed on to someone else who got it to, not sure, then to a guide they use who collected it from person 2 and brought it to the lodge the evening before we left! This kind of thing is no problem in Tanzania, and know one will steal the passport. Just wonderful.

We set up camp under one of their giant old mango trees, had a hot shower (great ablution facilities) and headed back down to the lodge area for dinner.

We sat at a long table together with the South Africans. Also at the table were Nick and Marcelle from Cape Town – he owns The Oppostion – furniture shop in Diep River, so it was another familiar face in Tanzania! Festive and delicious meal, and we headed to bed, all rather exhausted after a long day.

The planned lie-in was postponed for the next day, as we had booked a snorkelling morning to see some of the beautiful cichlids of Lake Tanganyika. Mark, the owner of Lake Shore Lodge, skippered the boat. On board we met a researcher student originally from Costa Rica. She is gathering data for her PhD on a group of the Cichlids in Lake Tanganyika. Once she has sent me the link to her YouTube channel, I will add it to the blog – she took lots of video footage during her dive – she uses this footage to record the behaviour and other ecological information regarding the fish and other organisms associated with the fish. 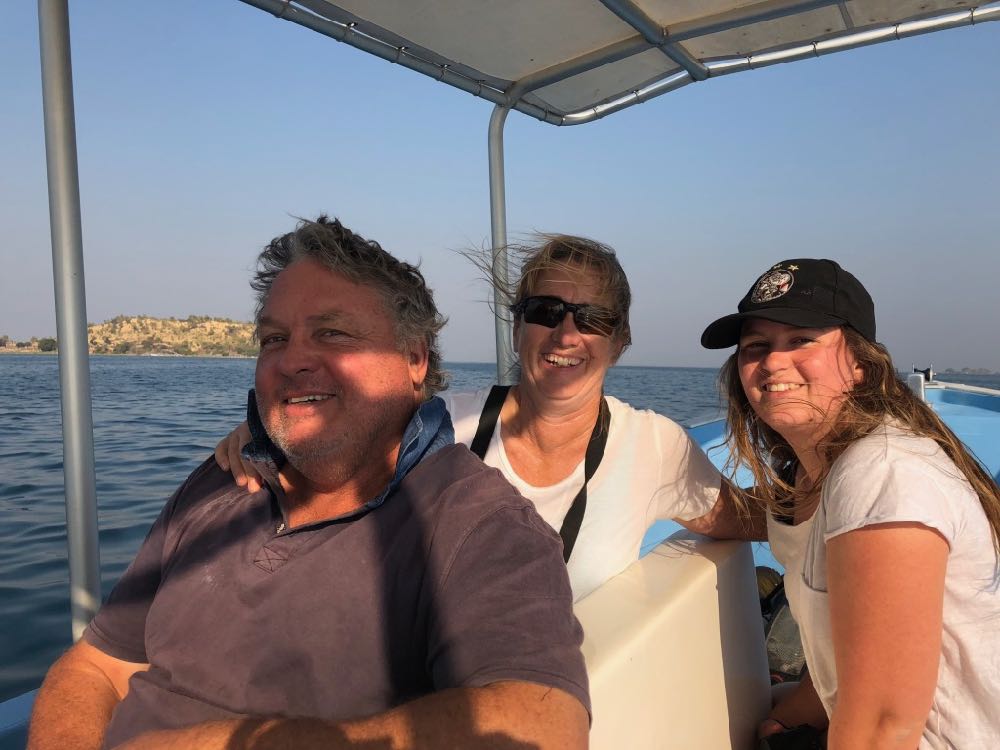 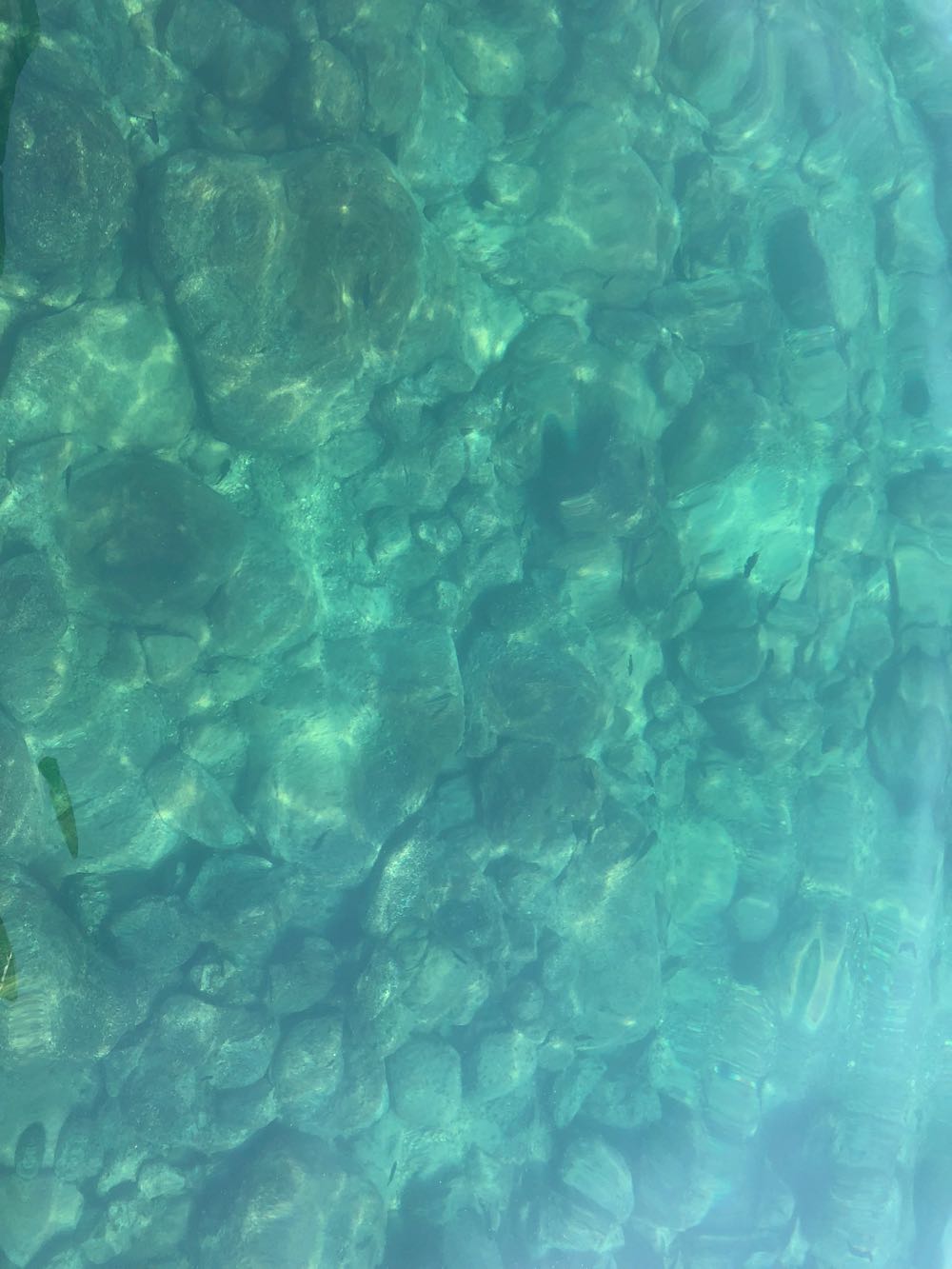 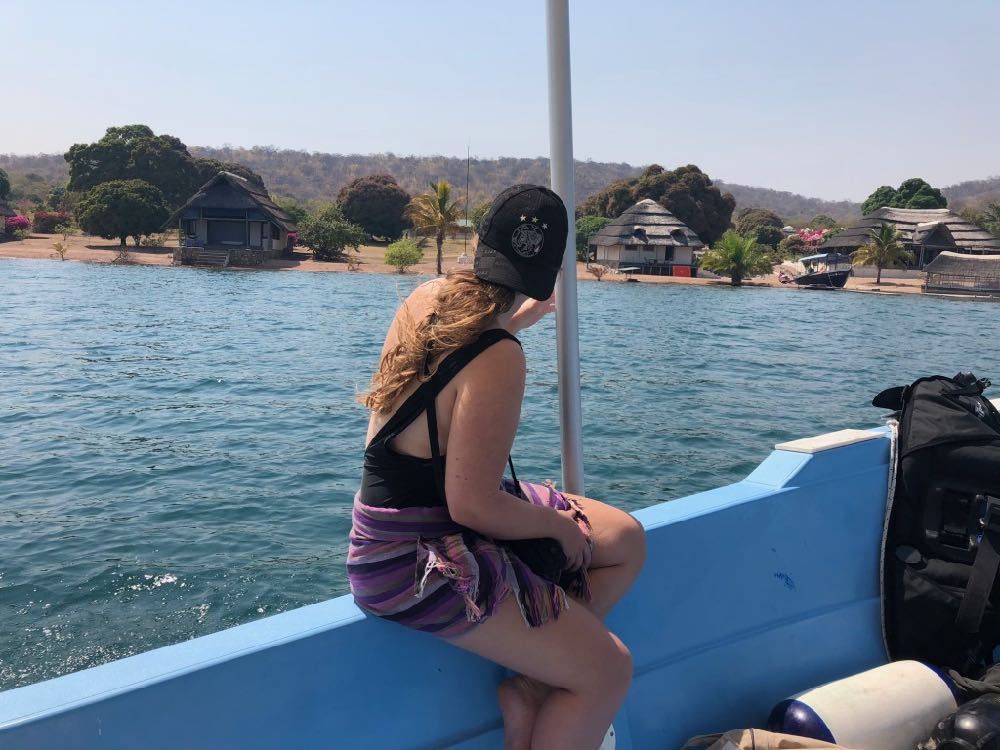 Nkondwe Island is a small uninhabited island a few kilometres off shore, and has a shallow area littered with rocks and boulders – ideal habitat for cichlids adapted to live in the swash areas of the lake. One species, Opthalmotilapia boops is only found in this area, an no where else – a beautiful fish, and we saw a few. Many of these fish graze on algae coating the rocks, others eat plankton. The warm water welcomed us – initially it was quite odd snorkelling in fresh water. Colour abounds. The water that day was crystal clear – it really felt as though we were swimming in an aquarium. Colourful fish everywhere – some with spots, or stripes, or other unusual markings. Many of these fish are mouth brooders, so occasionally you see a fish with a “swollen” mouth area, and you know that he/she is guarding their fry in their mouths. They are brilliant parents, and some cold even be classified as helicopter parents as they keep an eye on their brood even once they are quite big!

Back at the lodge we enjoyed a late breakfast and spent the day chatting, reading, writing blogs, helping plan routes. That evening we cooked at our campsite, into bed, and got up late the next morning. Chill day. We did see the famous ship that transports people and their belongings and wears up and down the lake, steaming past the lodge into the little harbour in the next bay. 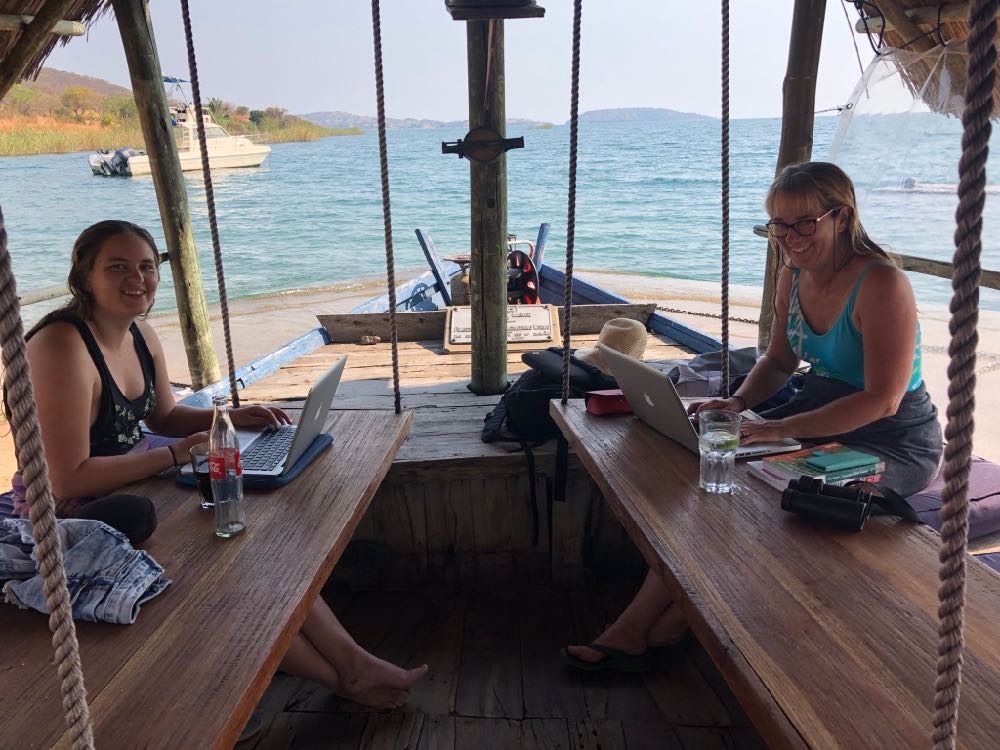 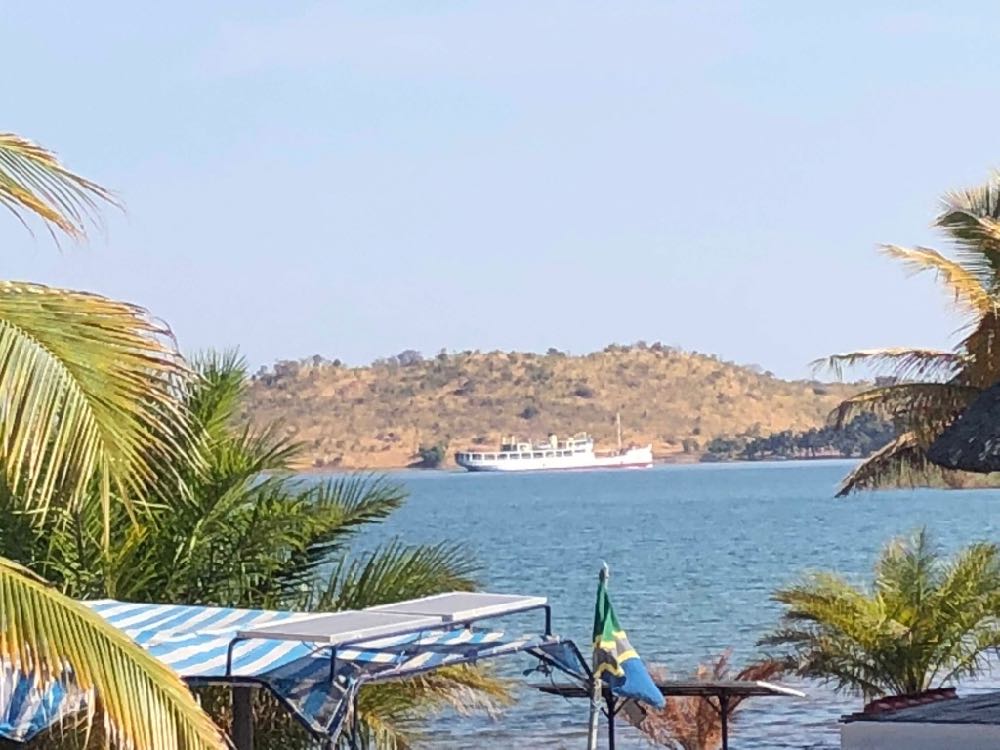 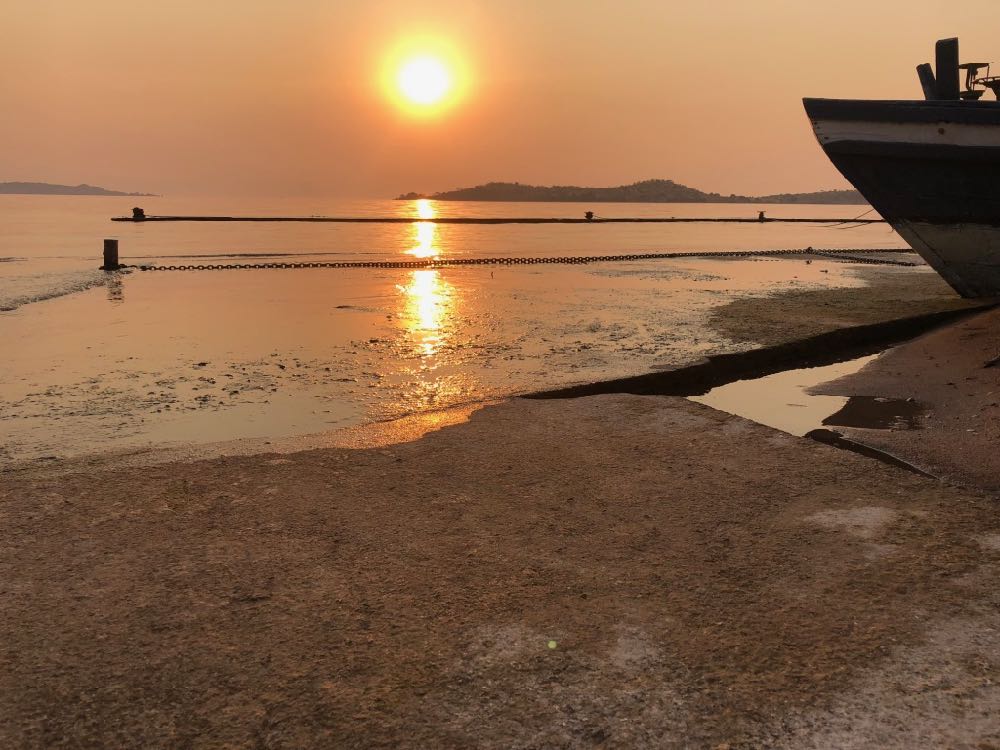 Supper was at the lodge – it turned into sundowners, then Nick fetched his guitar, and those who could sing, sang along to fine tunes that took us all down memory lane. The long dinner table was set on the beach, next to the lapping water of the lake – so special. Another fabulous meal in wonderful company. And of course, Richard’s passport arrived as we were having coffee. Off to bed, as we had a very early start – heading for Zambia and Kapishya Hot Springs. 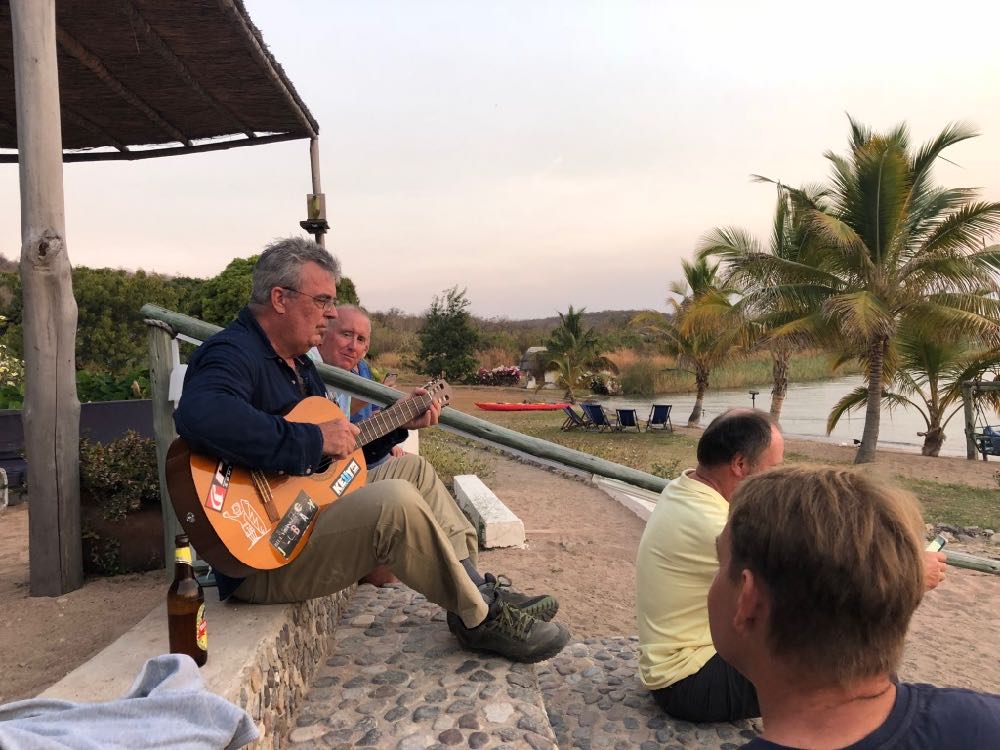 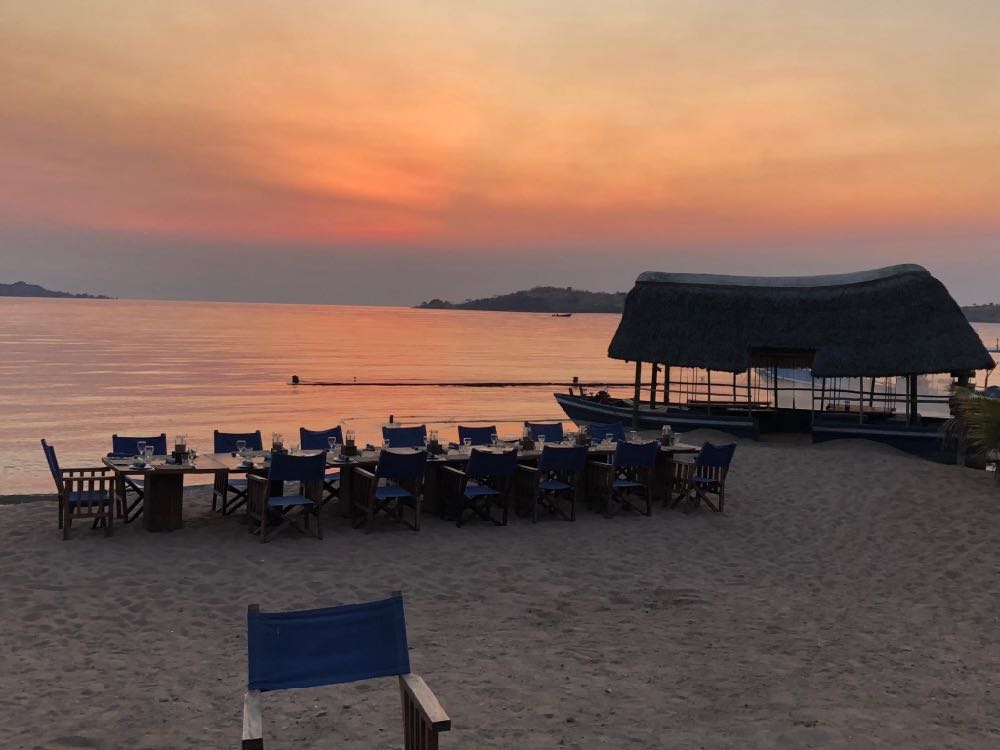 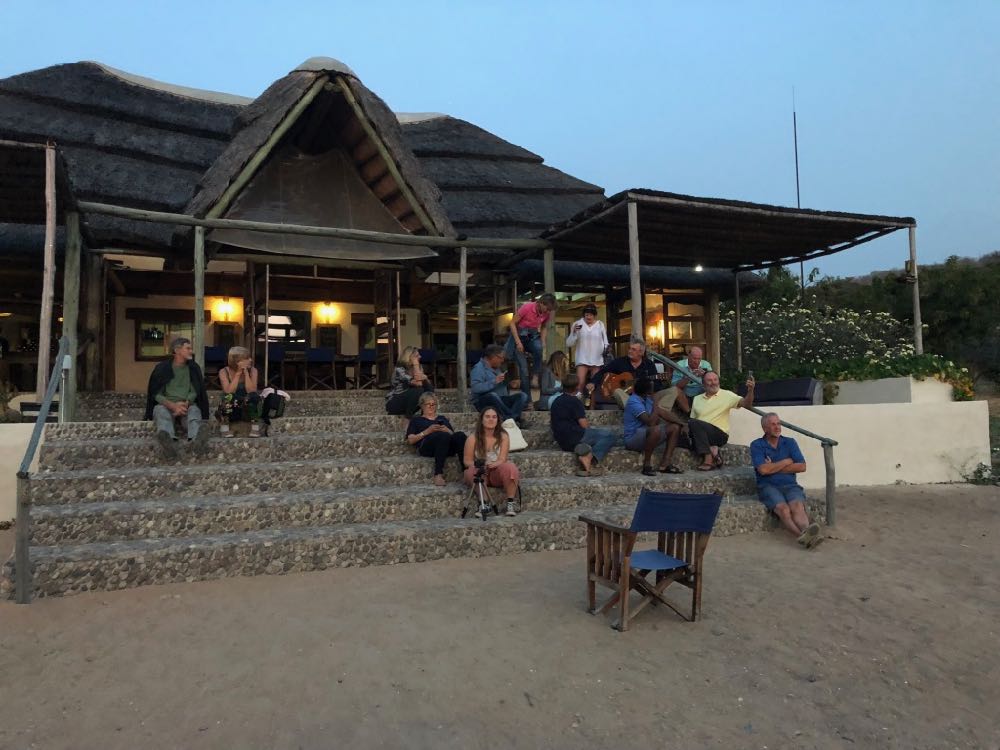 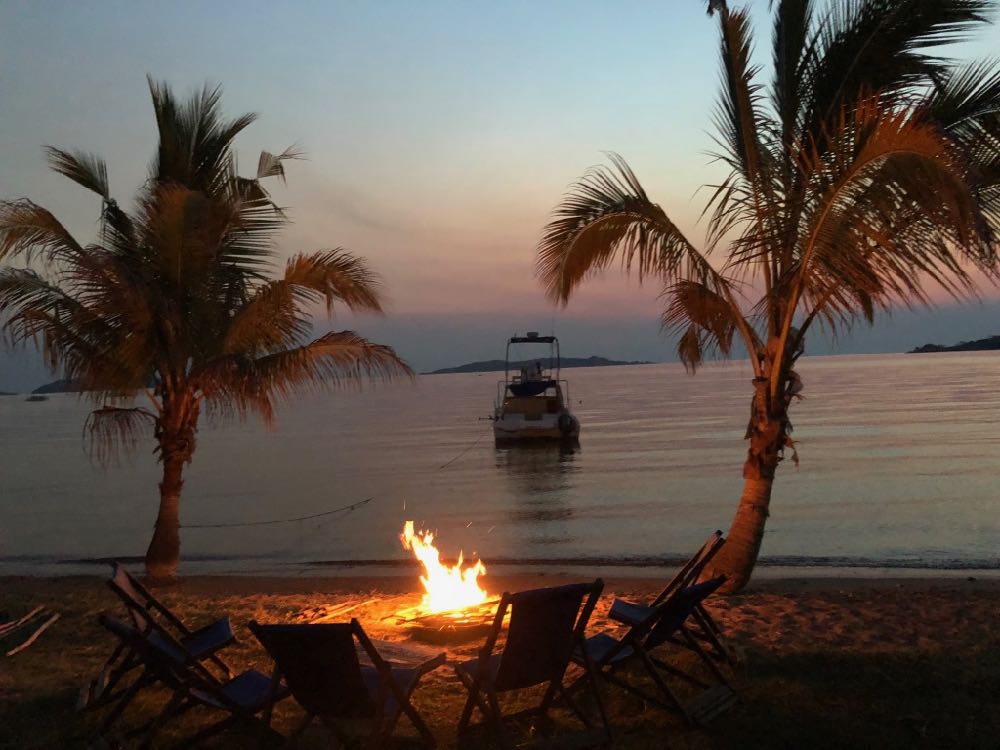 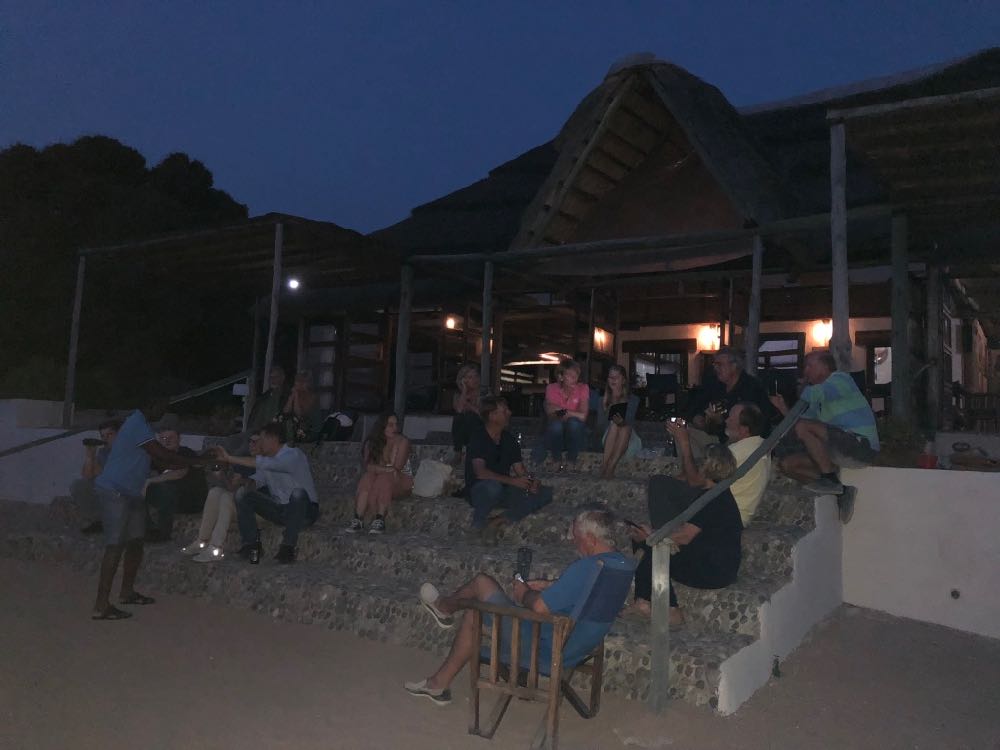 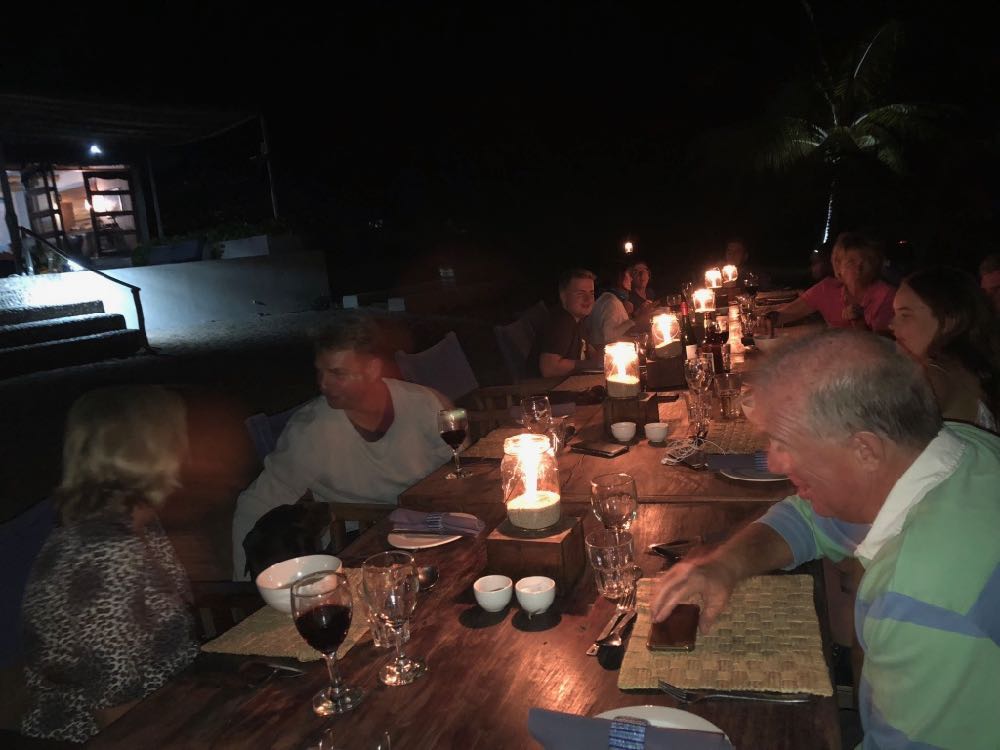 Our stay at Lake Shore Lodge was a tonic.  There are many activities available, but we chose to relax as we had many long days of driving ahead.  Special place – unbelievably beautiful and run by people who are passionate about where they live and responsible tourism. Thank you!