The dirt road leaving Tabora Gate B was not too bad – some stretches gave us a last bit of Serengeti corrugations, and eventually we connected up to the tar road! Bliss. The drive along this good road to Mwanza was uneventful, and we soon got our first glimpse of the enormous Lake Victoria. 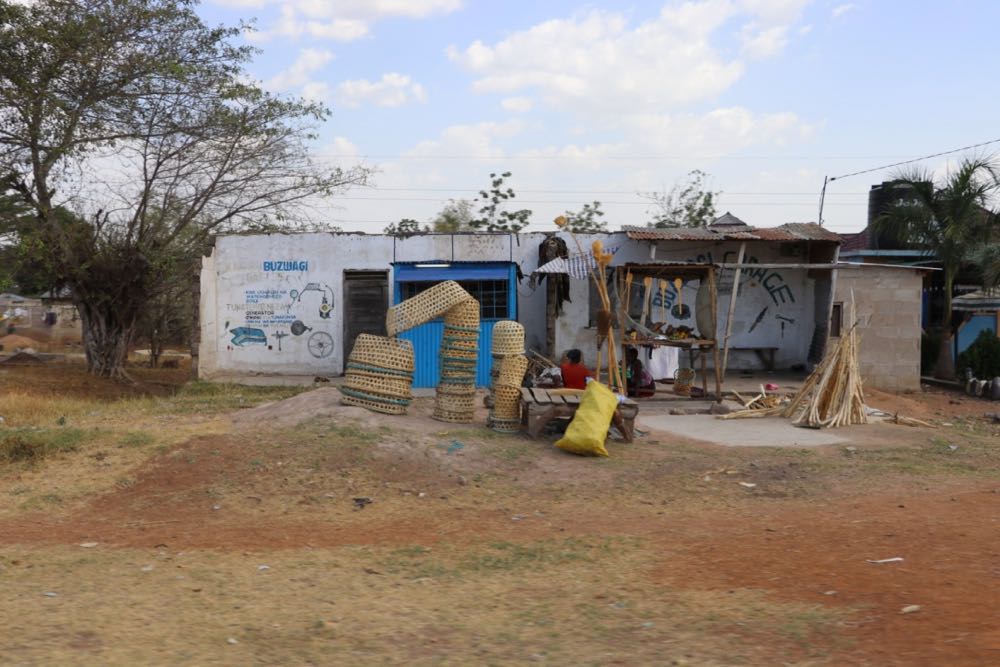 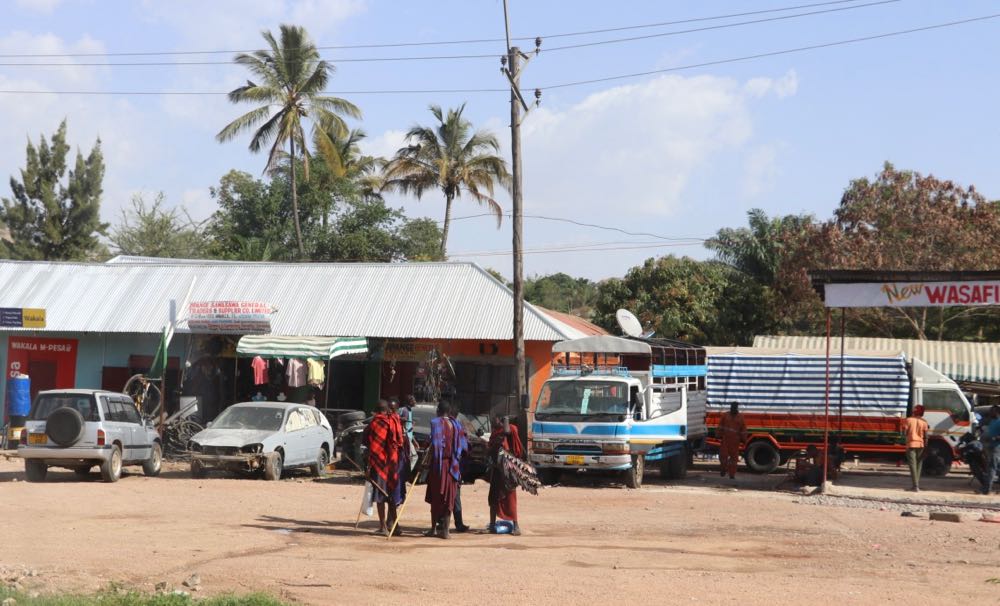 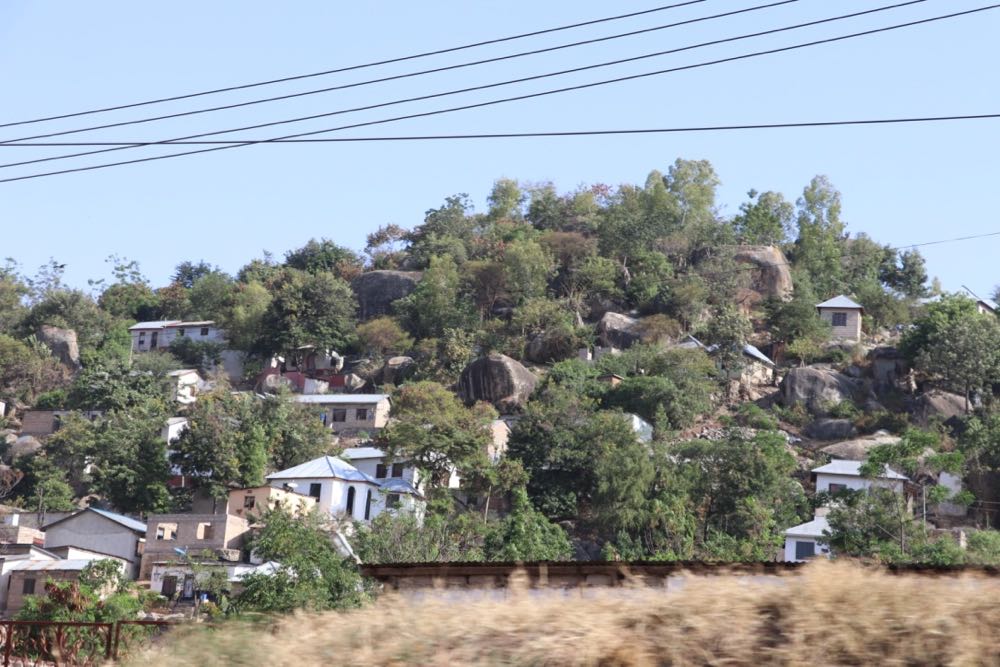 Mwanza is apparently the 2nd biggest city in Tanzania. The CBD is small, but the city itself stretches around the lake, and clads the granite koppies and slopes. Complete mixture of old and new, all cultures.

Our accommodation this evening was our trusty tent on the shores of Lake Victoria, at the Mwanza Yacht Club. Flat green lawn! There are new toilet facilities – probably the smartest loos we have seen in Tanzania, but the shower facilities are old, and look dirty just because they need some maintenance and care. Warm shower though. We chose to eat at the Yacht Club – simple fair – one guy in the kitchen, and it took about an hour or more to get our supper, but it didn’t matter. No rush . 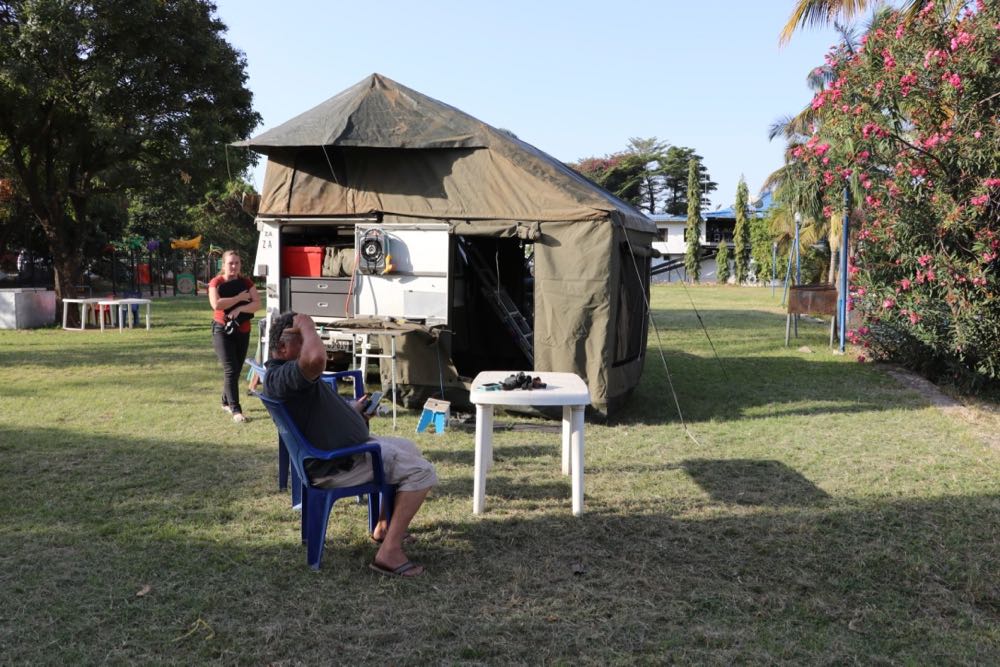 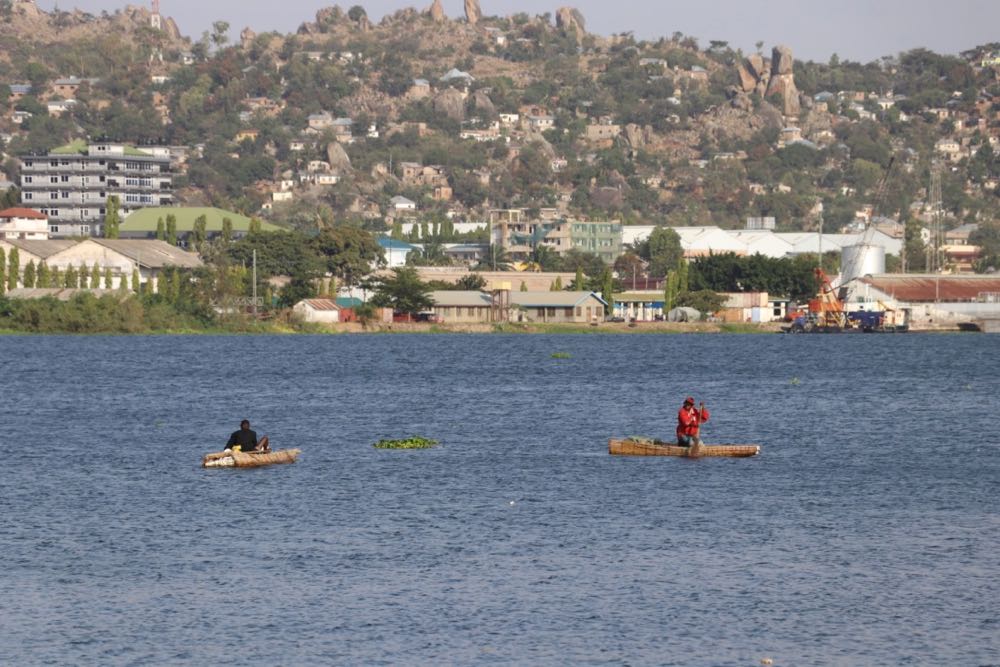 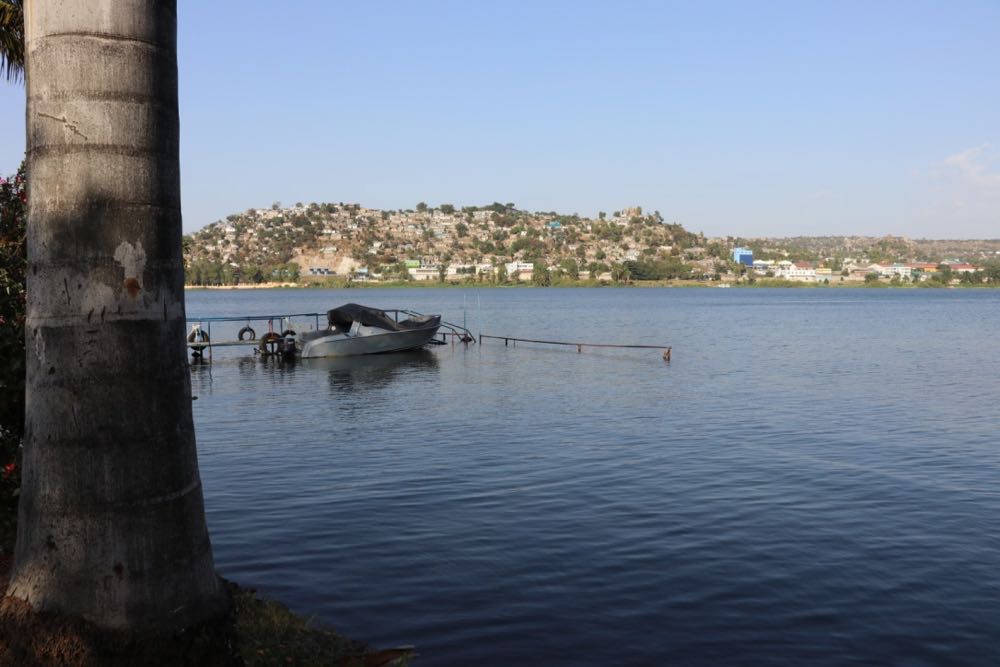 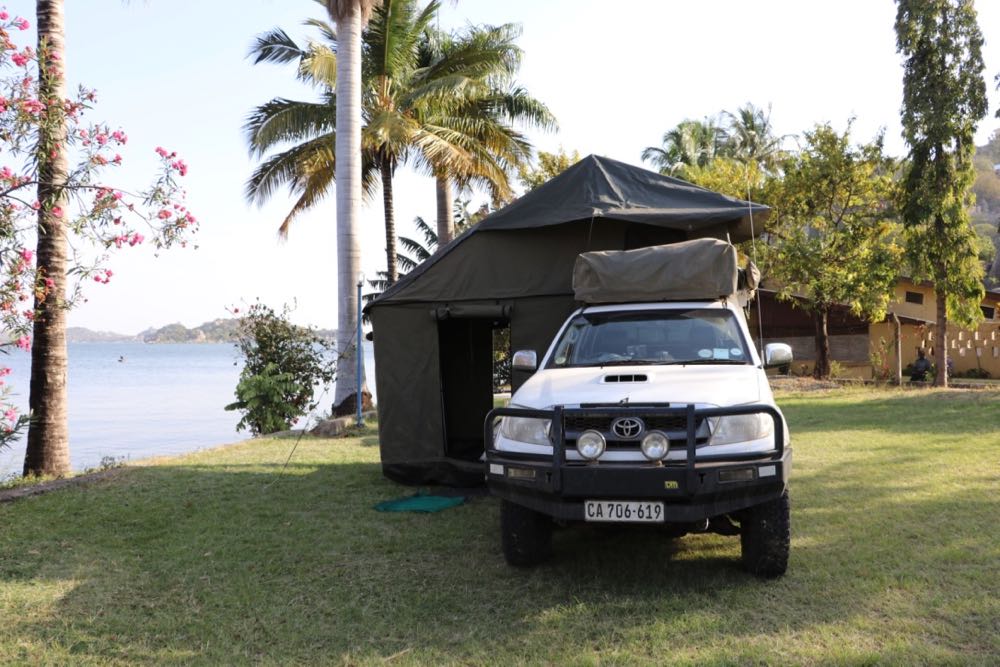 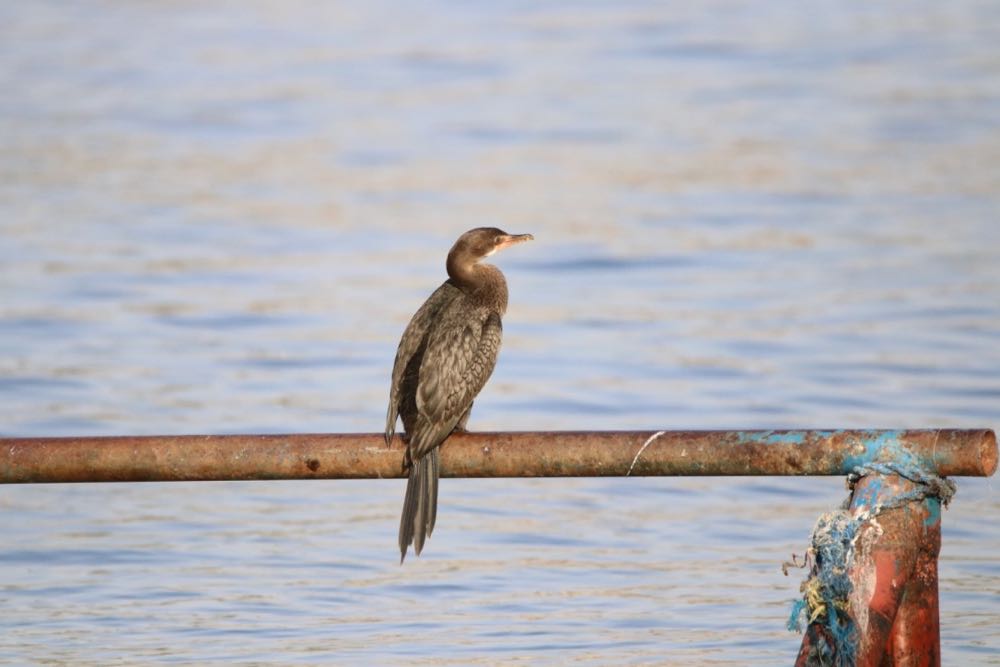 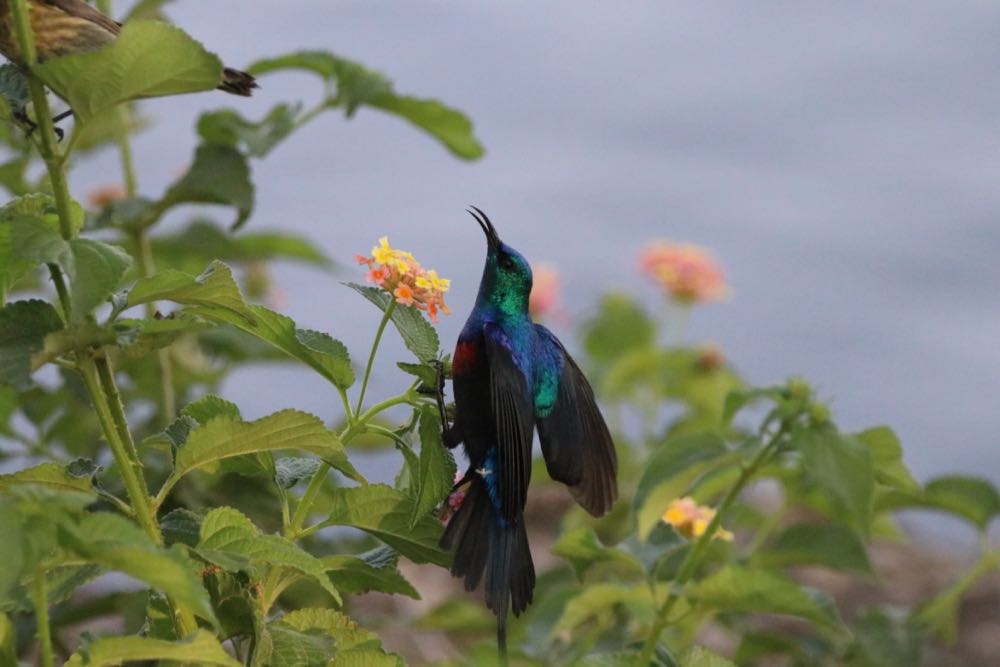 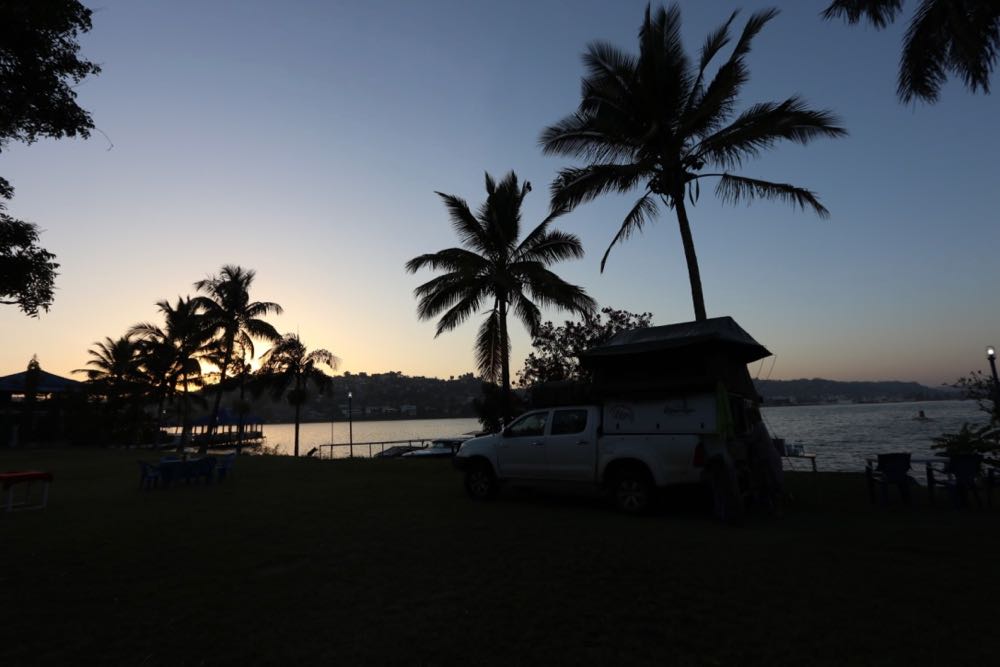 Up early, and we left around 7am, filled up with Diesel and hit the road south to Tabora. The audiobook kept us entertained, together with having to slow to 50km/hr every few kms, as one passes through villages and towns. I really enjoy watching how the landscape changes, and therefore the different farming activities. Tomatoes, onions, bananas are abundant. The villages are always a vibrant mix of colours, motorbikes, stalls, people, goats and cows. Some interesting driving, but we never felt threatened. People will try to sell you stuff, but as soon as one indicates that you are not shopping, they leave you alone. 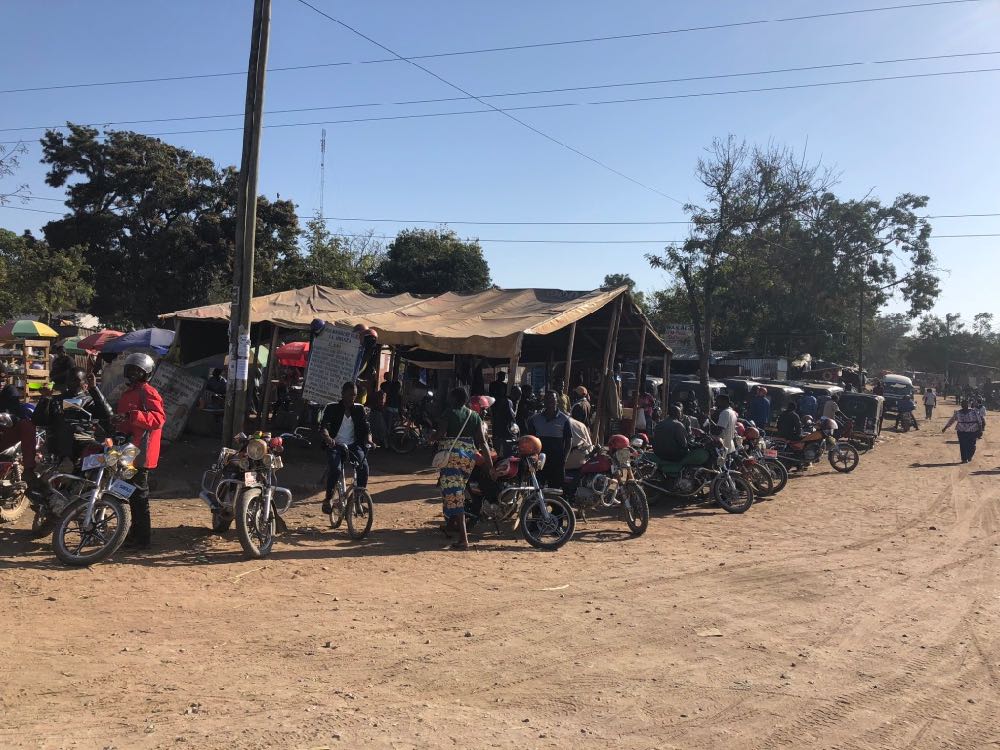 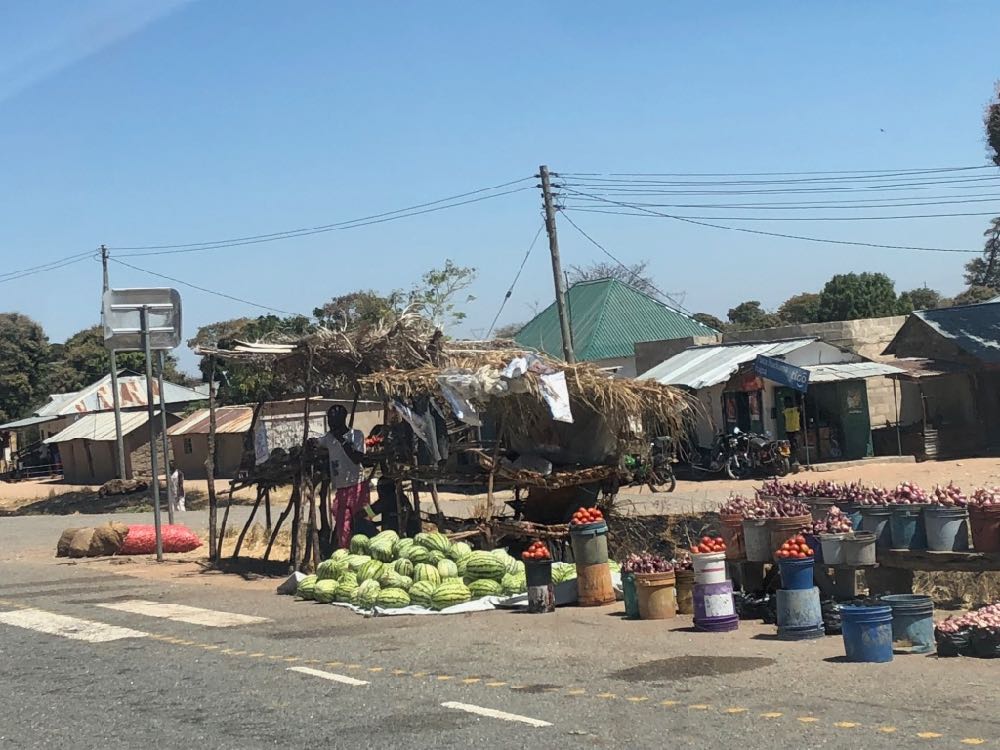 Tabora is a hub of a town. It has quite an interesting history related to the German colonial times, and after that too. Lovely old buildings, mixed with modern, as well as the more traditional Tanzanian houses one finds in urban areas. We arrived at the Orion Hotel – can only pay in cash – and booked into their suite, as it was cheaper for the three of us to be in this room than in 2 rooms. The South Africans we had met briefly when we arrived in Tanzania, at Utengule, also arrived there. It was great to hear about their adventures, and we all had dinner together. Again, one chef, cooking for 8 of us – took a very long time, but it was good food. 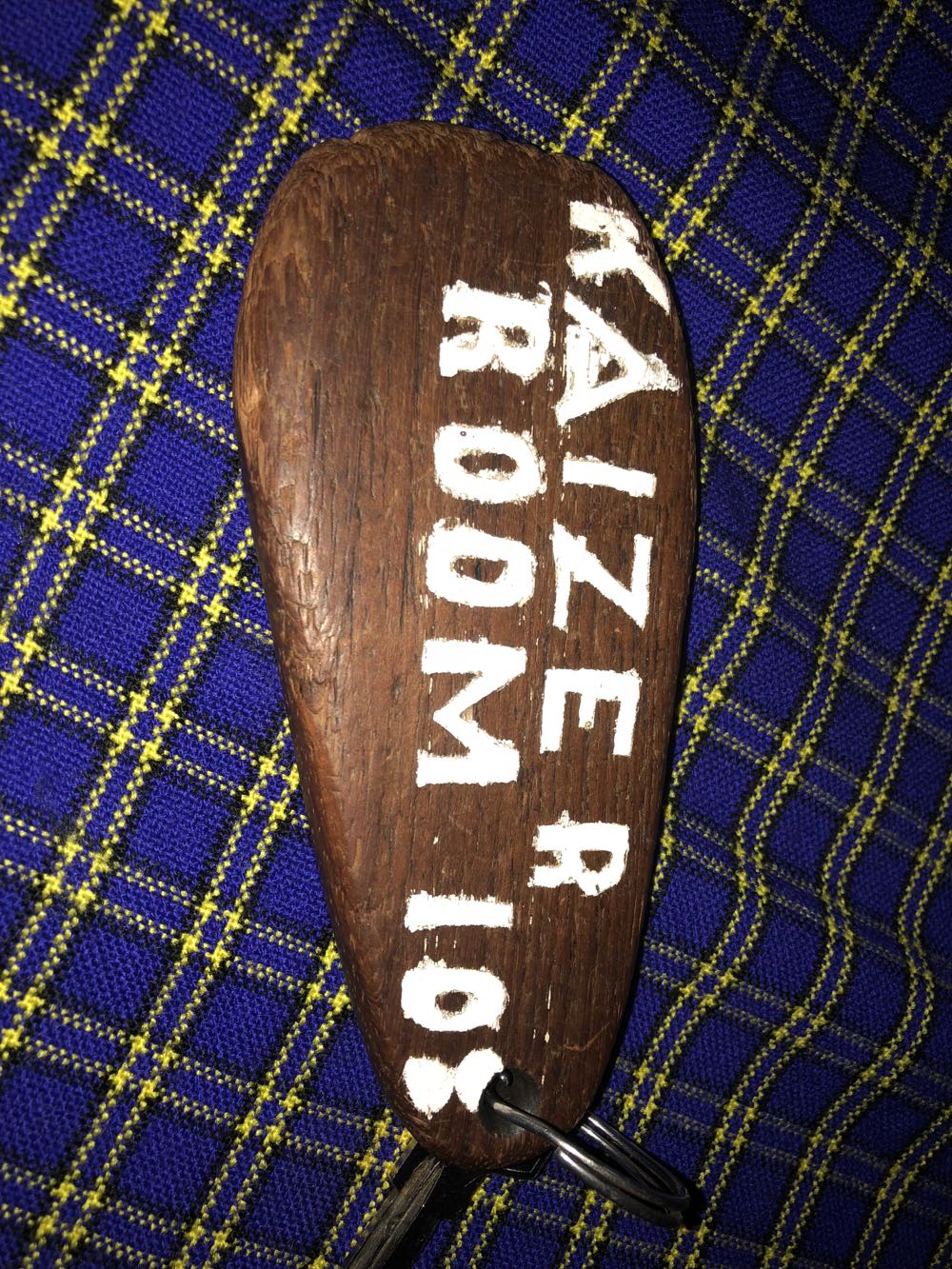 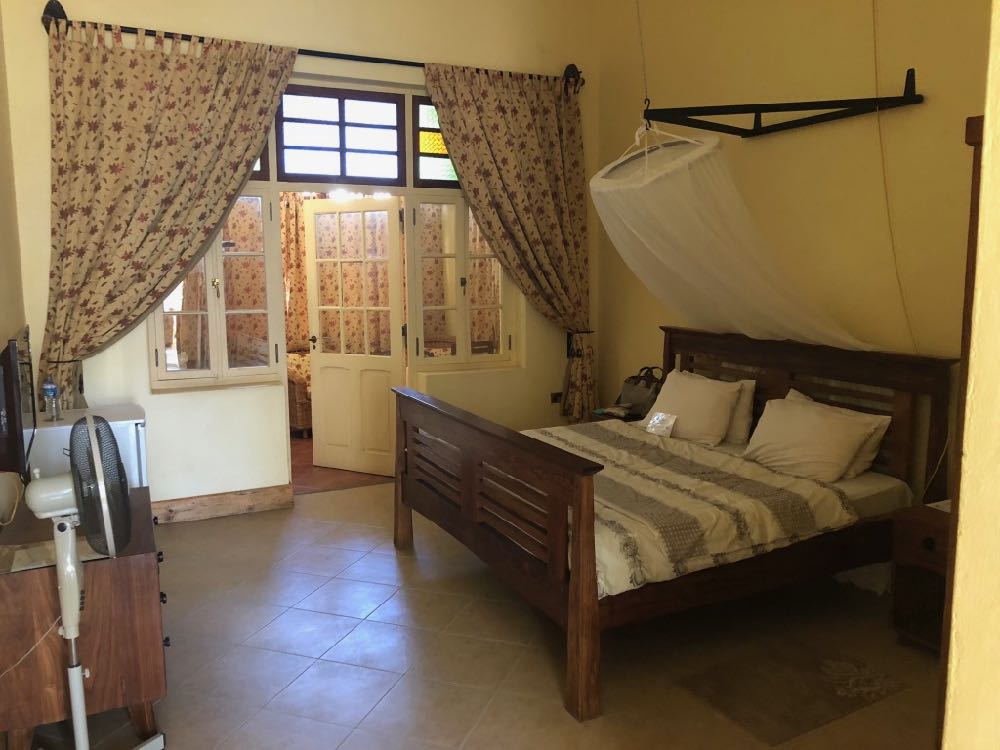 The next morning we were up at 5am as we wanted to be on the road by latest 6h30 – looong day ahead. Destination Lake Shore Lodge, Kipili, on the south western shores of Lake Tanganyika. We were in a convoy of sorts with the other South Africans (George and Beth; Florene and Louis, and Mikey, a great friend of theirs from the UK). Once out of Tabora, we eventually turned onto the dirt road – a few hundred kms – it was tough going, not because the road was in bad repair – most of the time it was quite reasonable compared to what we had experienced in other areas. 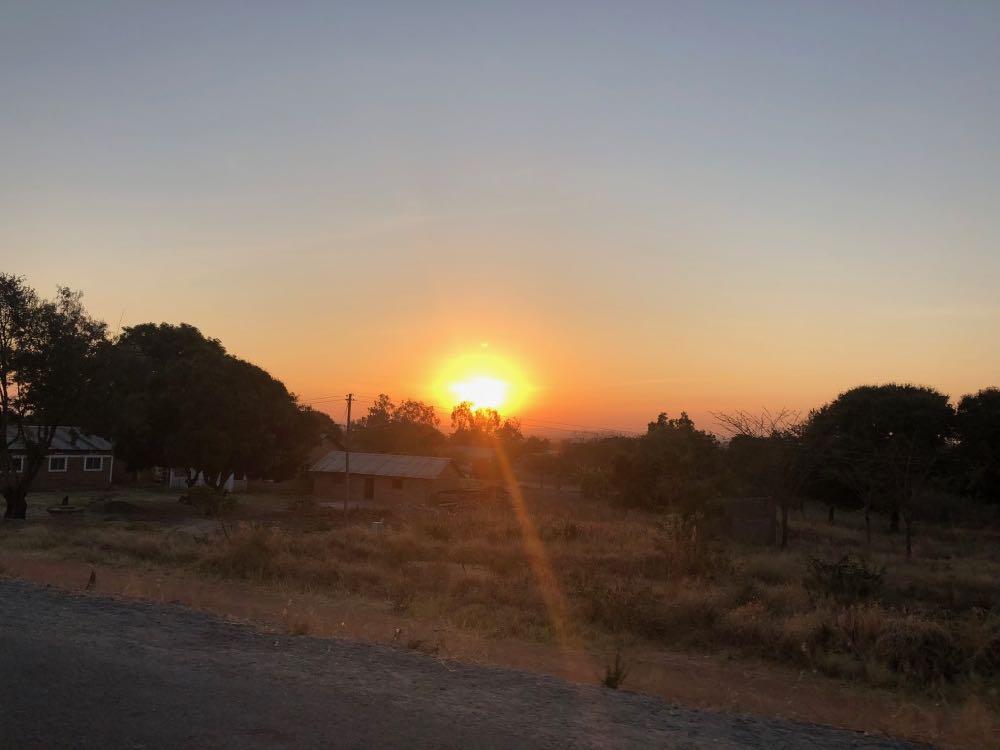 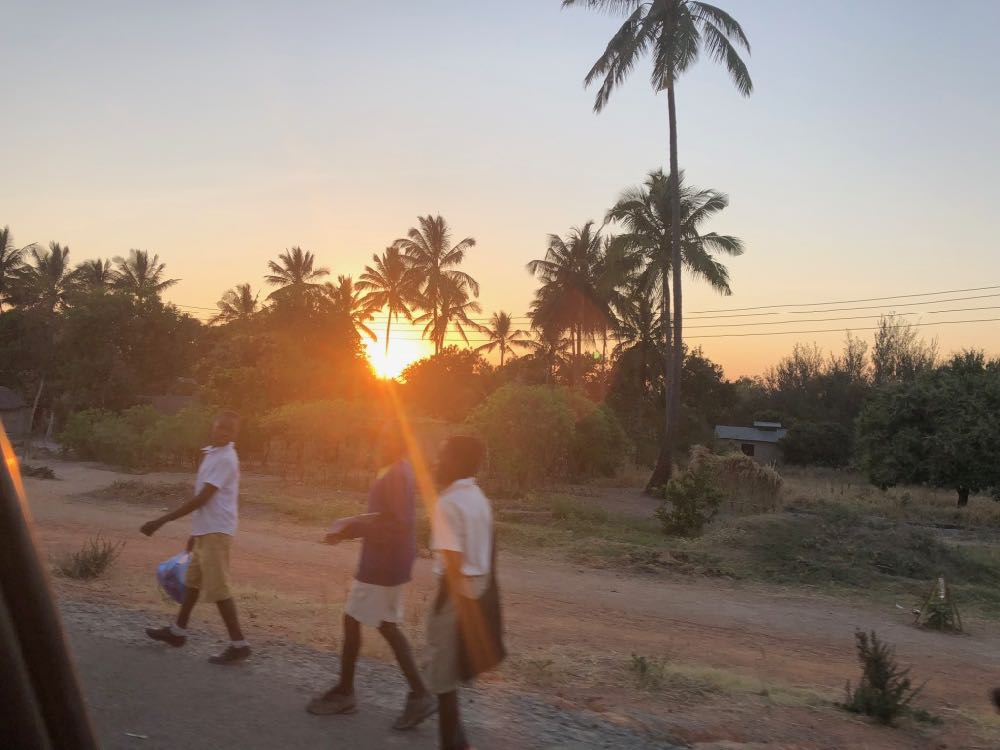 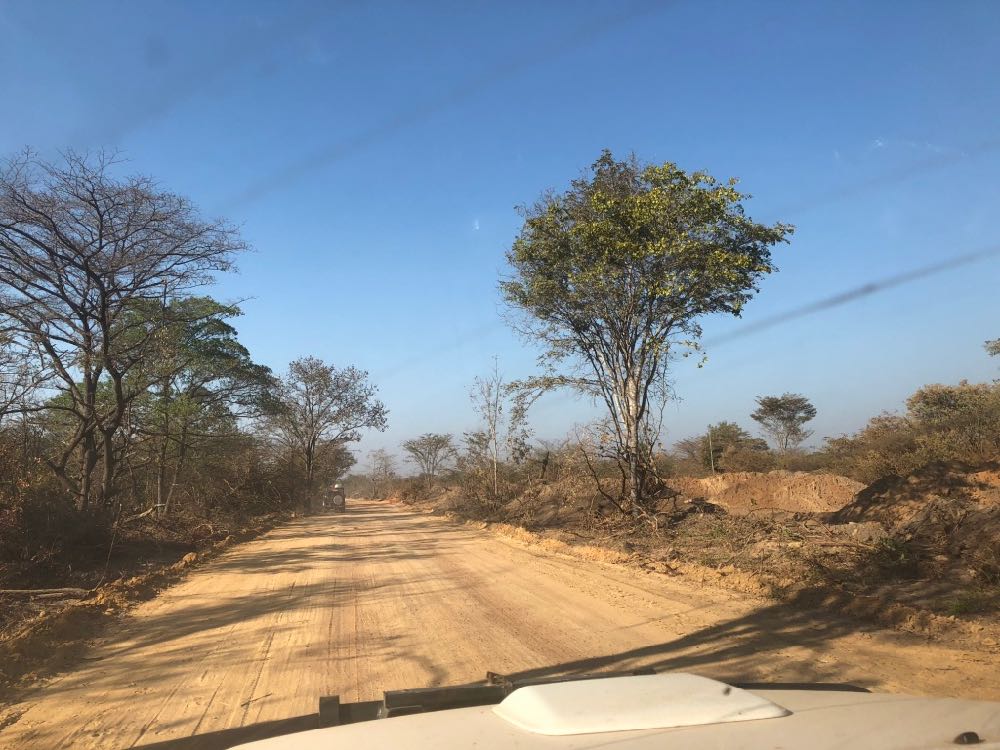 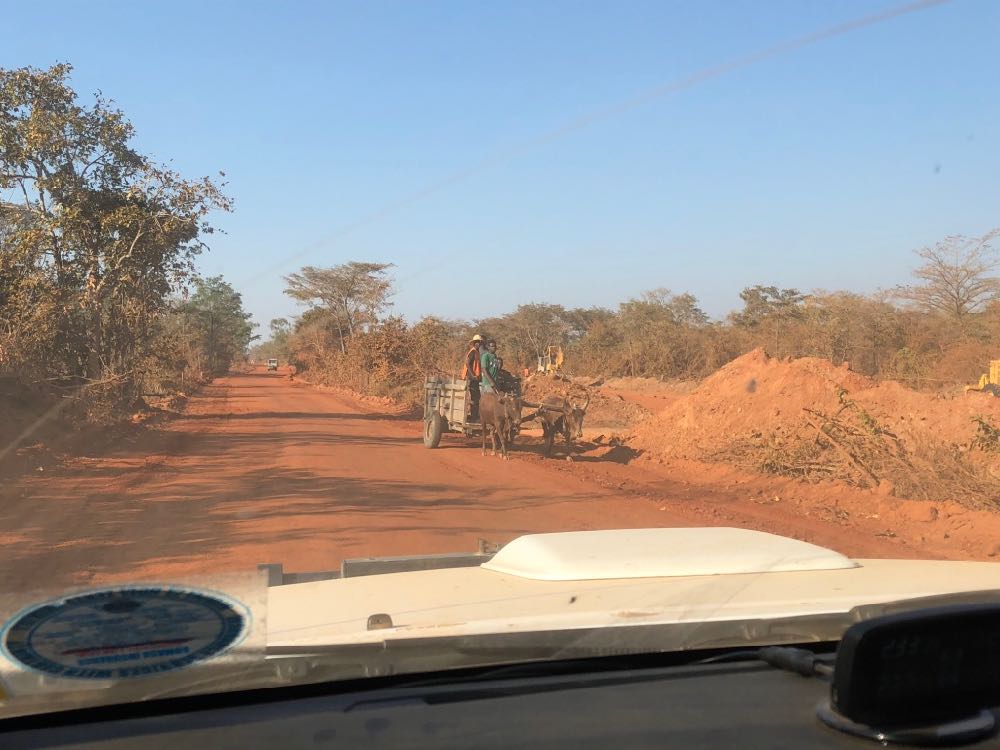 The big issue is that the road can basically accommodate 1.5 cars in width! The sides of the road are steep slopes of about 2m in height, so when a bus comes barelling towards you, you have to find somewhere to pull off the road to allow the bus to pass. Even if the bus slowed and would try to edge pass, it wouldn’t work – the angle of the slope would definitely cause the bus to crash on its side. So future travelers, take note – oncoming trucks and buses have right of way on these narrow roads. After hours of exhausting driving, we hit tar. Richard was elated, even though we knew it wasn’t for long.