We felt like intrepid adventurers heading into the unknown! We left Hippo Bay, drove over the dam wall and through the town of Ithezi Thezi on a reasonable tar road, which eventually petered out – most of the dirt road was actually quite good as it was being prepared to be tarred, but there were sections that were rather horrendous and it was better to drive off the road than on it. 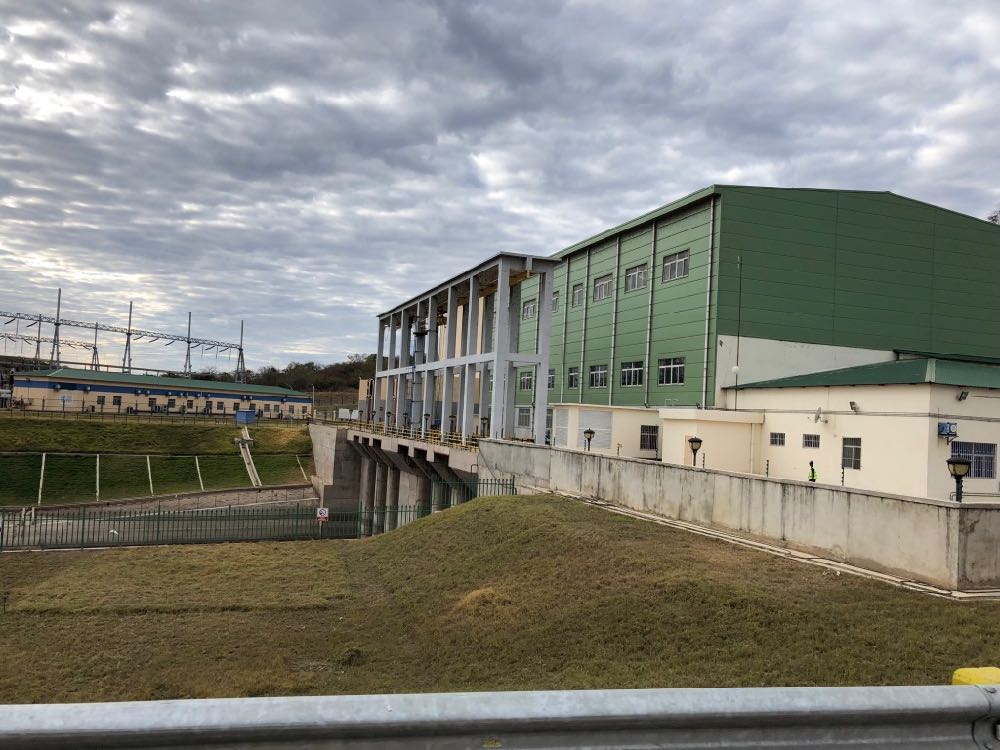 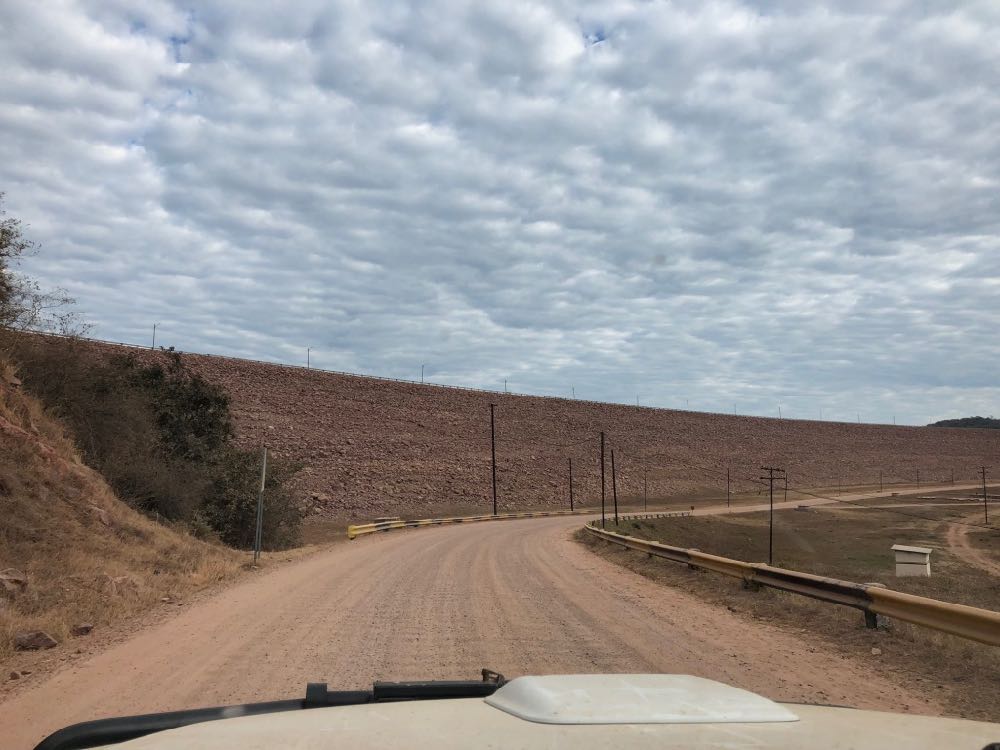 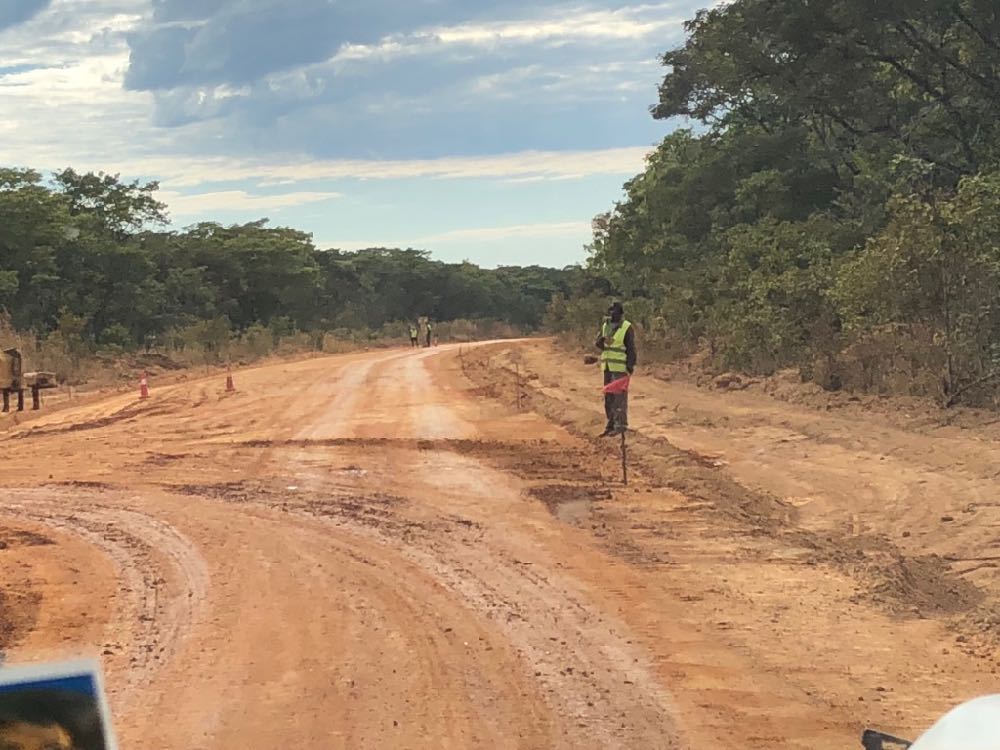 Eventually we were back on the M9 heading towards the T2 to Lusaka. Not a bad road – but there are the occasional potholes which required clever negotiation.

Entering Lusaka was interesting – traffic – oh my – hadn’t experienced traffic since leaving Pretoria. The M9 takes one through the industrial area and informal street markets. What really impressed me is, although there is dust, old broken buildings etc, there is neatness and great attempts at cleanliness. Surprisingly little litter – many cities can learn from this. The people, although poor, take pride in their appearance. Anyway, we negotiated hectic traffic (you nee to see the number of long-haul trucks to believe it) towards Levy Mall in central Lusaka – safe parking, Pick n Pay, Food Lover’s Market, a small Woolworths, Steers, Wimpy, Mugg ‘n Bean (where we had lunch), and various clothing stores. Squeaky clean. We stocked up, payed bills, connected with our families, and then headed out, via a Cadac Gas facility to fill our gas cylinders. Time to leave before the late afternoon traffic starts.

About 40 km north on the T2 is Fringilla – a working farm and lodge – a great place to overnight. We planned to camp, but opted to stay in their simple but comfy chalets and eat dinner in their restaurant. What a treat – white table cloths, flowers on the table, and a buffet meal of beef, chicken, veggies, roast potatoes, Yorkshire Pudding, gravy…and dessert of course. Definitely qualified as a date night complete with some good wine. We rolled into bed. Breakfast one had a great selection as well. 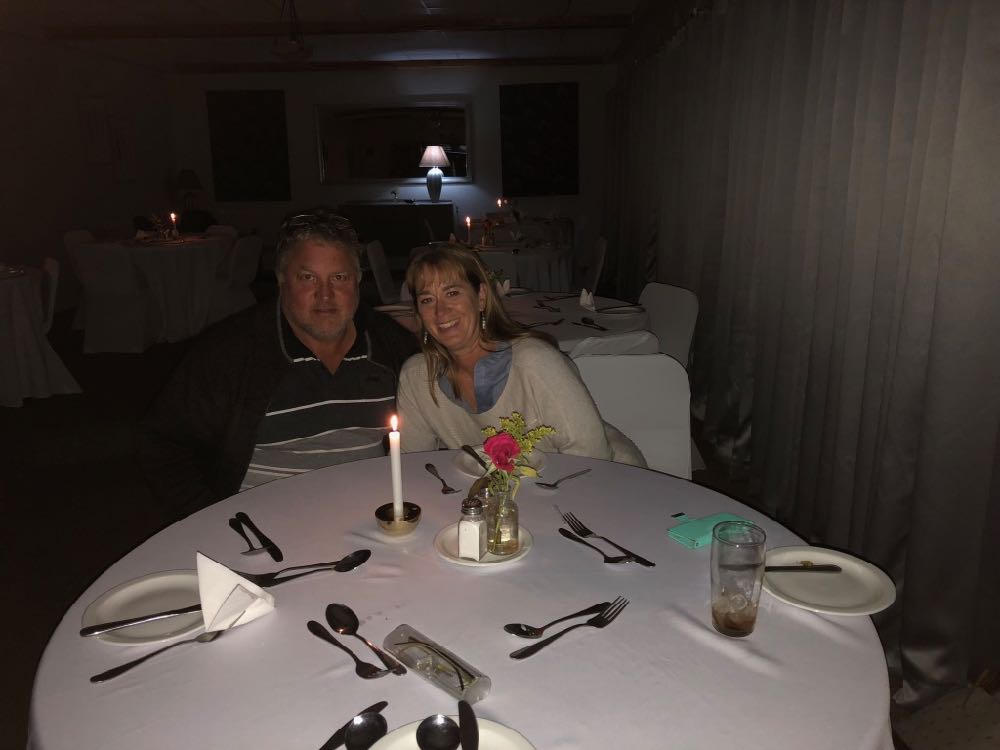 There is a butchery at Fringilla – we bought some biltong and droe wors, and some of their absolutely delicious pork sausages. Try their beef sausage – also excellent. They also had free range eggs. 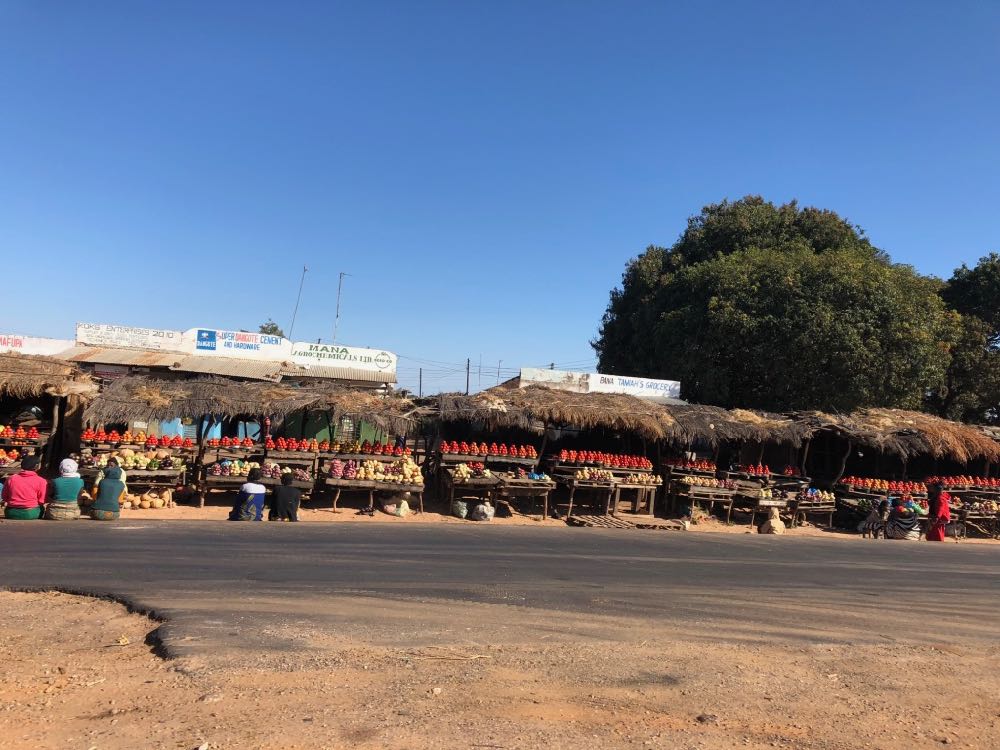 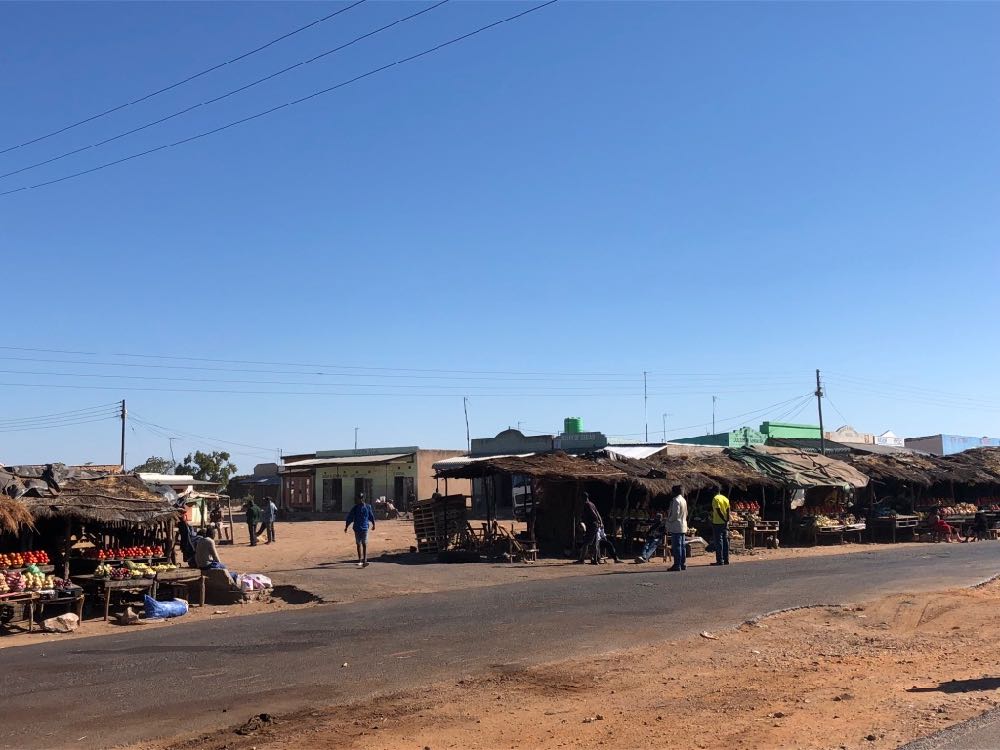 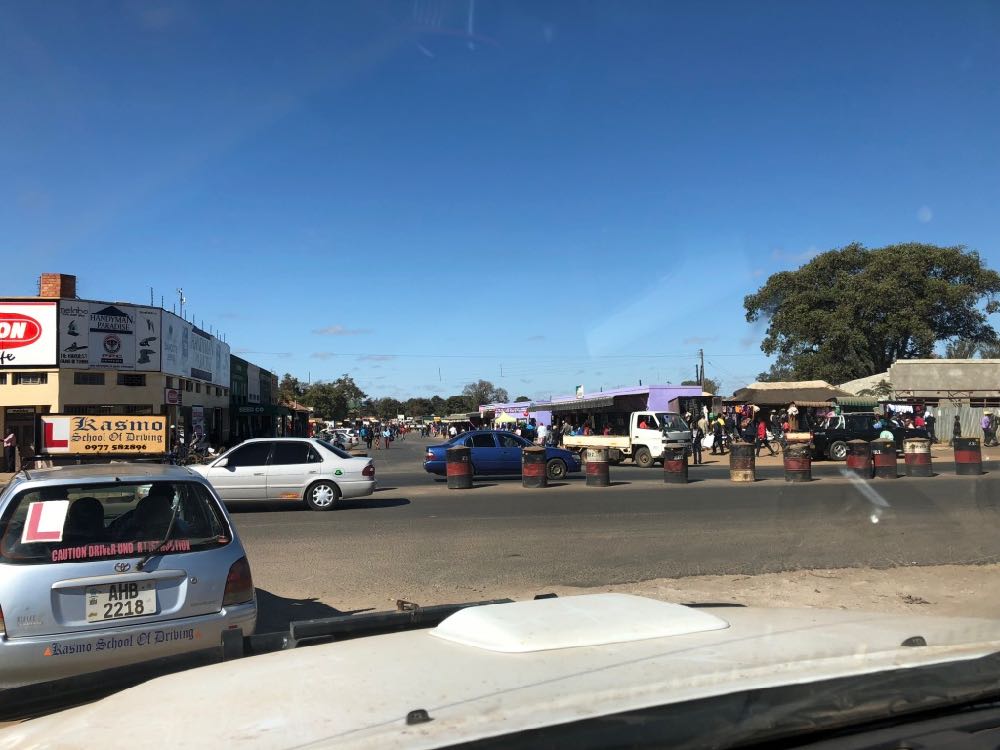 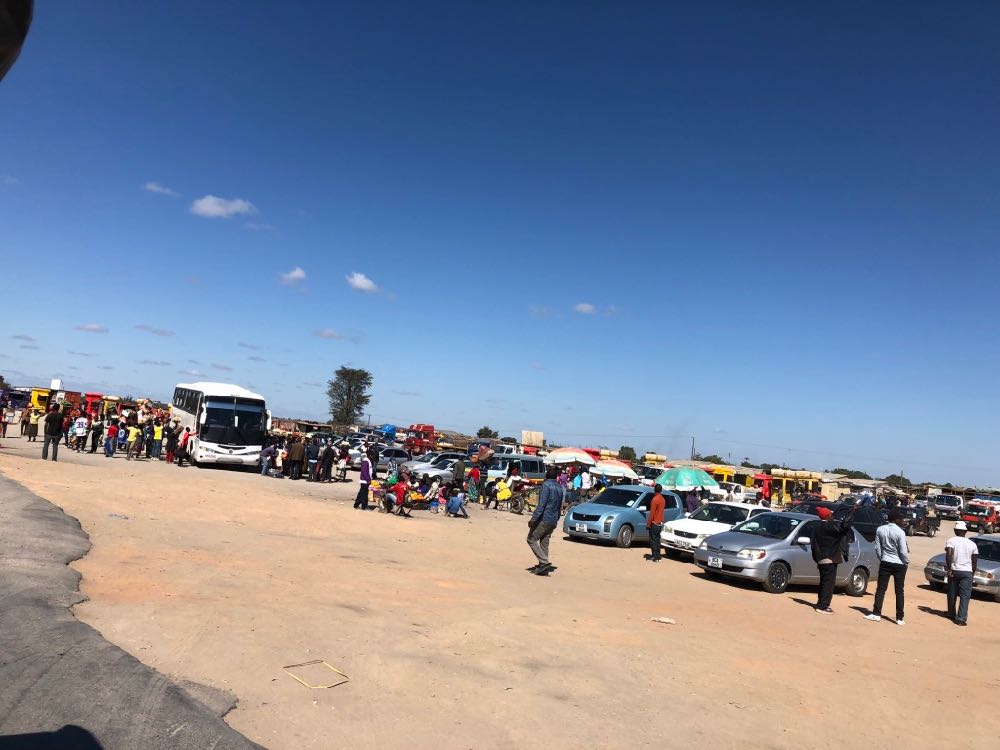 Onwards along the Great North Road. I have read many blogs, forum comments and articles about this road – they are all true! The section up to the copper belt is super busy with trucks. The road is narrow, and littered with potholes, which makes for dangerous driving. Also, there is no shoulder, so no place to pull off, and the side of the road is actually a steep slope. Veering around potholes means first checking for oncoming traffic, weaving to the other side of the road, through hopefully smaller, shallower potholes, and then back to your side of the road. We passed 12 trucks lying on their sides between Fringilla and the road heading West to Kitwe – the drivers either fall asleep or have to avoid potholes too late, steer towards the non-existent shoulder and simply tip over down the bank. He drivers wait patiently for days by the trucks for the goods to be transferred to another truck, so literally set up camp on the side of the road. Some overturned trucks have an armed guard – clearly that is valuable cargo like copper. 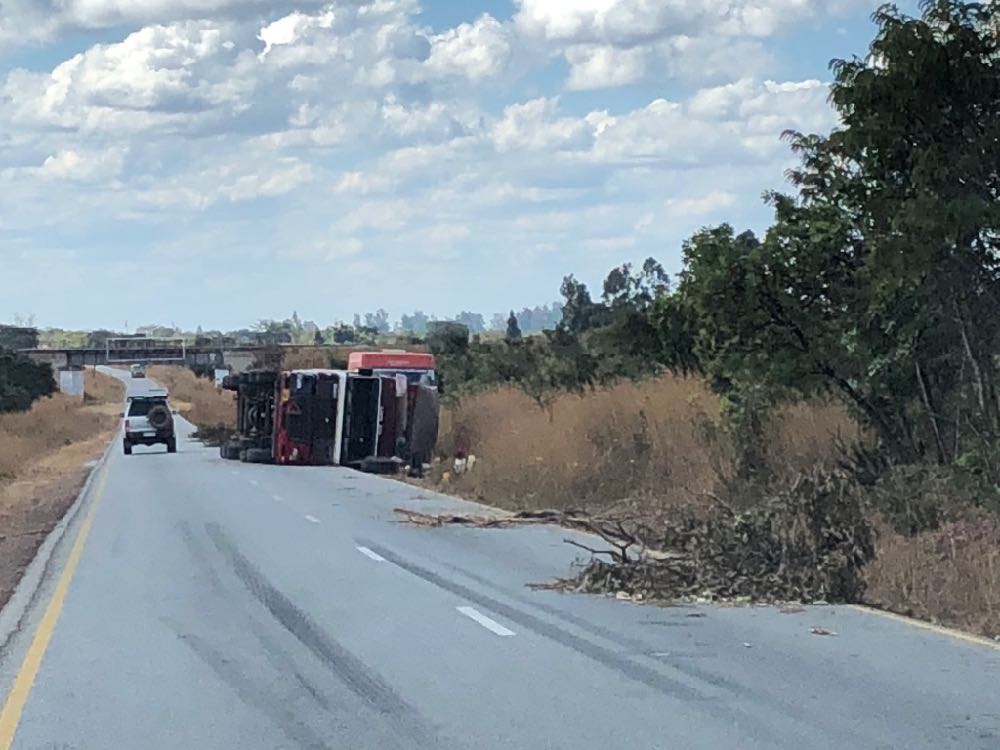 In lieu of warning triangles, broken down/overturned vehicles put a series of thick leafy tree branches at intervals across the road to warn oncoming traffic, slow the traffic down to avoid the scene safely. Quite effective actually – in daylight, anyway.

The traffic lessened a little, and we realised we were climbing slowly – reached an altitude of 1 600m above sea level. Beautiful landscape, but still the potholes and interesting driving we filled up with fuel at Sesheke – last place to get fuel before heading into Lavushi Manda and Bangwuelu Wetlands. At last we reached the turn off, left the trucks and potholes for a dirt road, with dips, dongas, ruts into the Lavushi Manda Reserve. 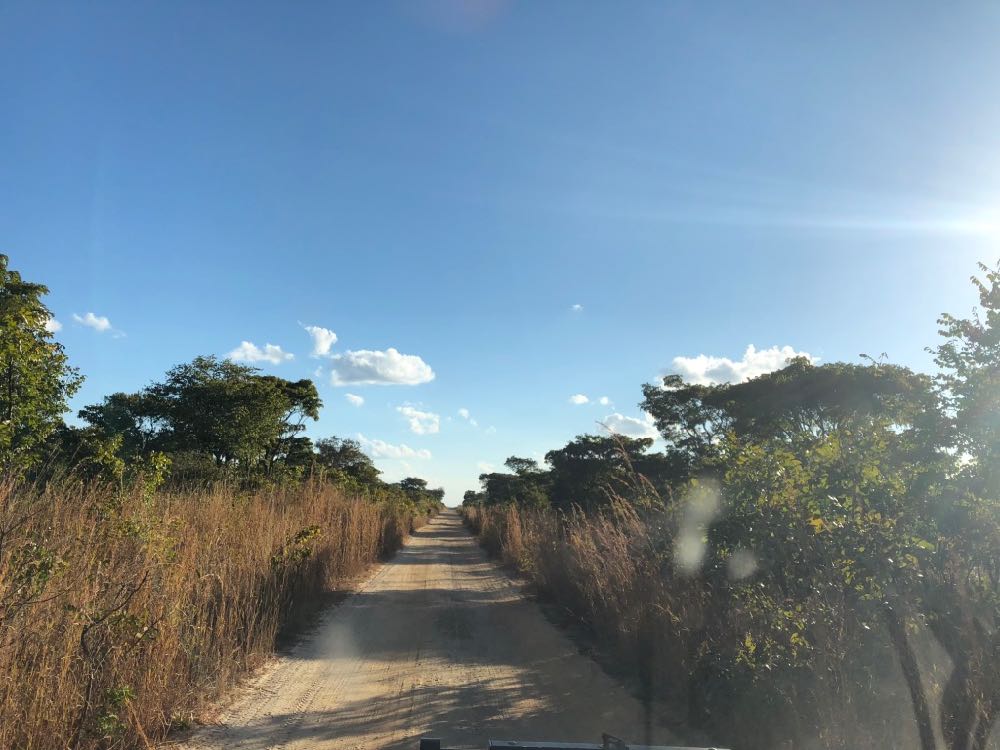 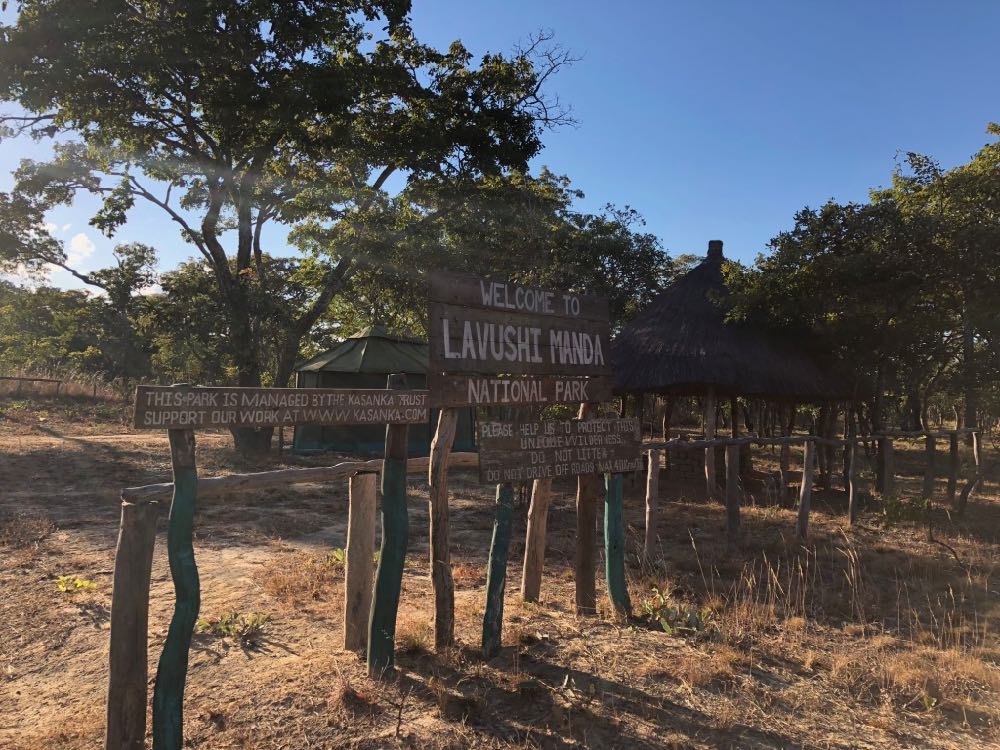 There was nobody manning the entrance to the reserve, gate was open, so free entry! It was very late afternoon now, and bouncing along this dusty road, we missed the turnoff to Mumba Tuta Falls camp – the tracks are not on Tracks4Africa, so we had an idea where the camp was, and in the fading light, missed the sign that ws also partially hidden by grass. Mercifully the Shaws wee a way behind us and saw it – called us via our 2-way radios to turn around.

The track to the campsite winds through thick Miombo woodland – and clearly not many people travel that route. At last we arrived at the campsite – it was almost dark, popped up our tents, and cooked a stirfry for supper.

In the morning we could see the campsite properly – it is sadly neglected, but it is in such a beautiful spot that it did not really matter. 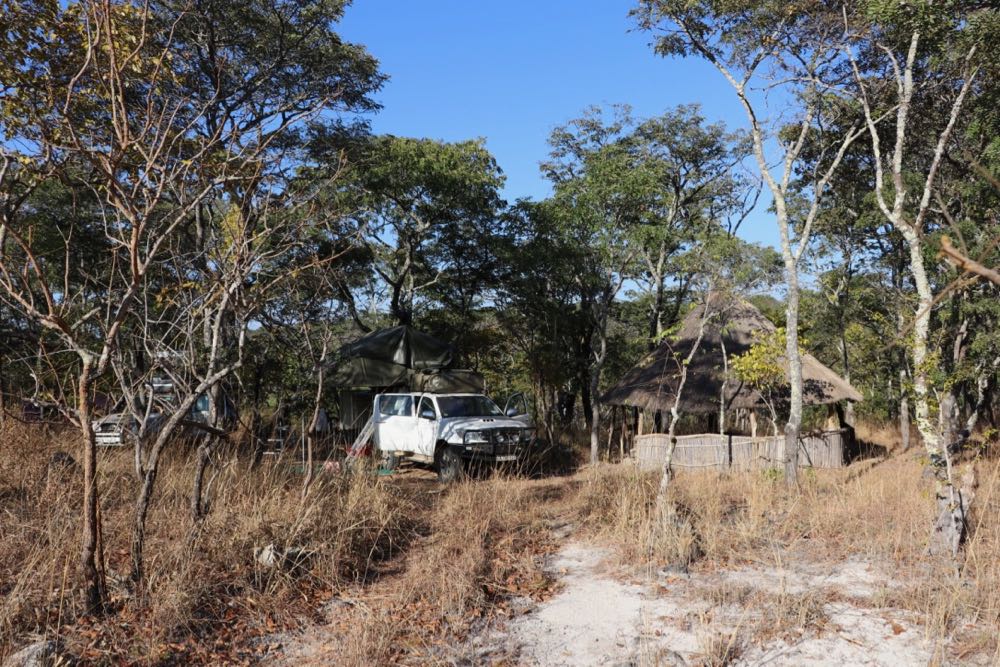 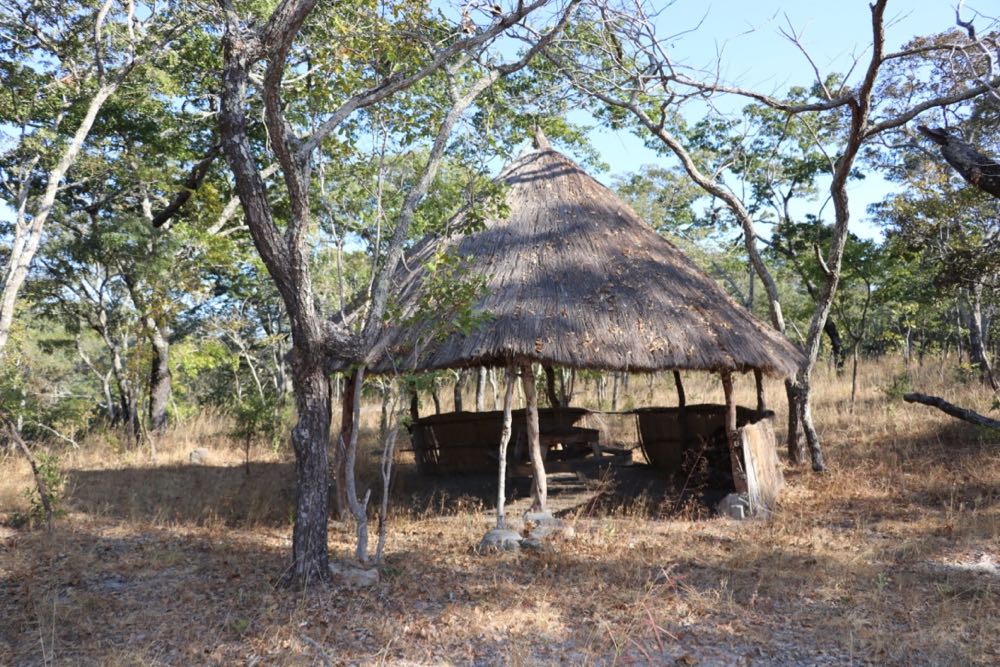 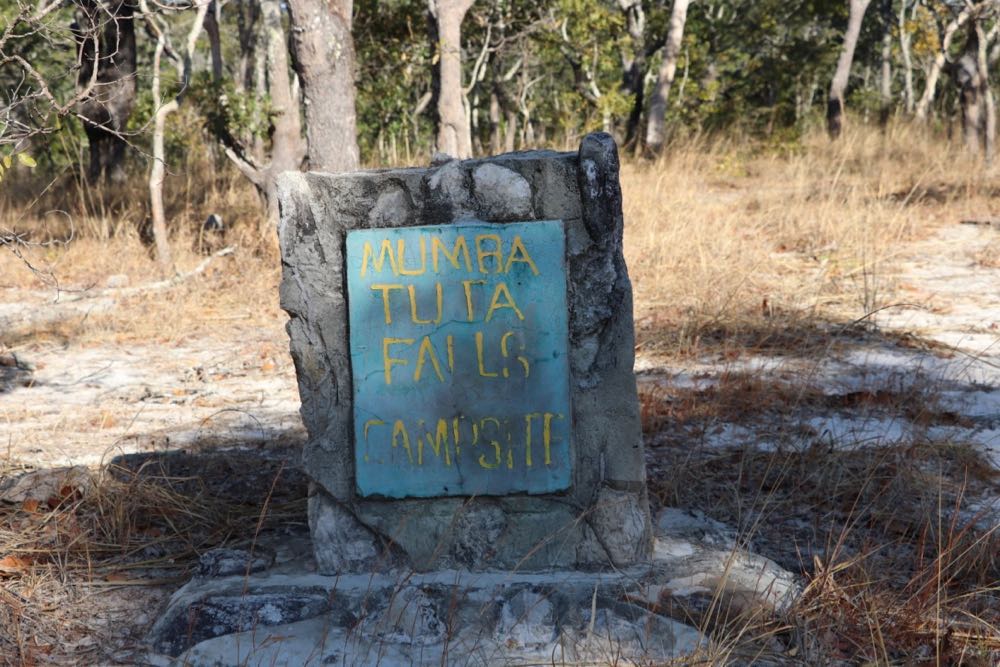 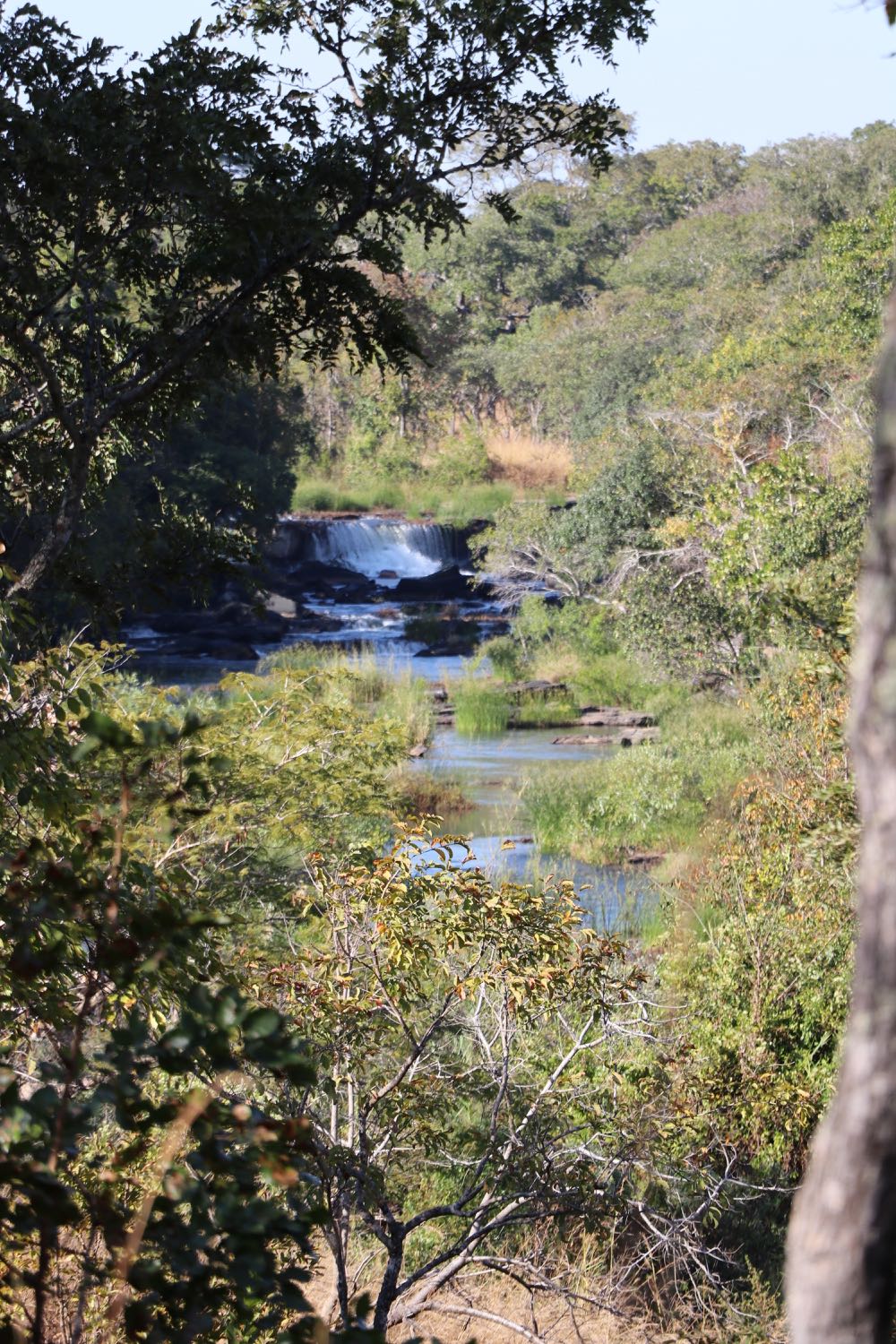 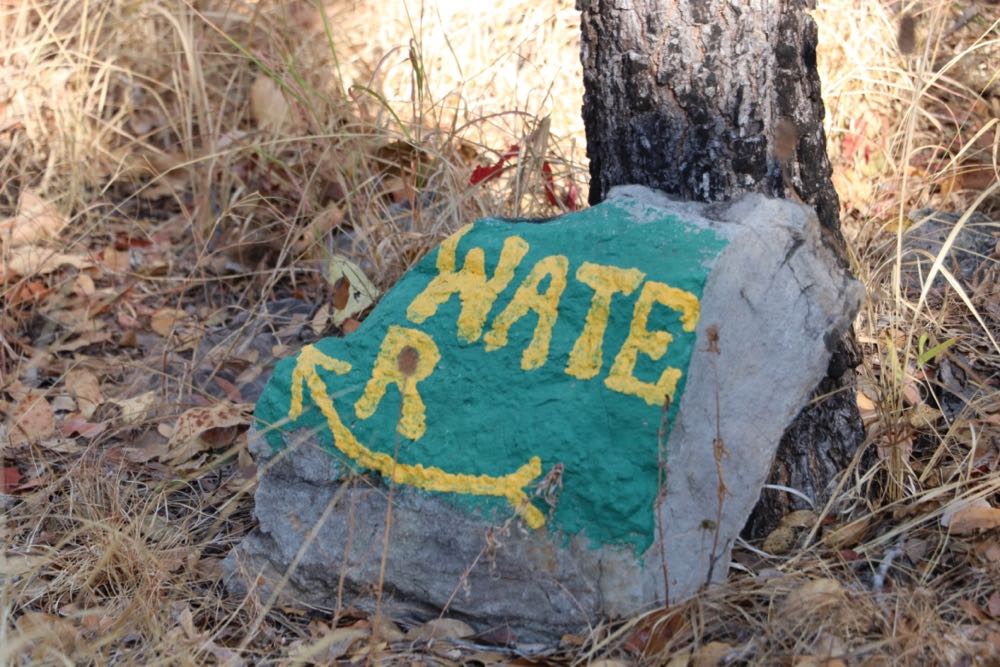 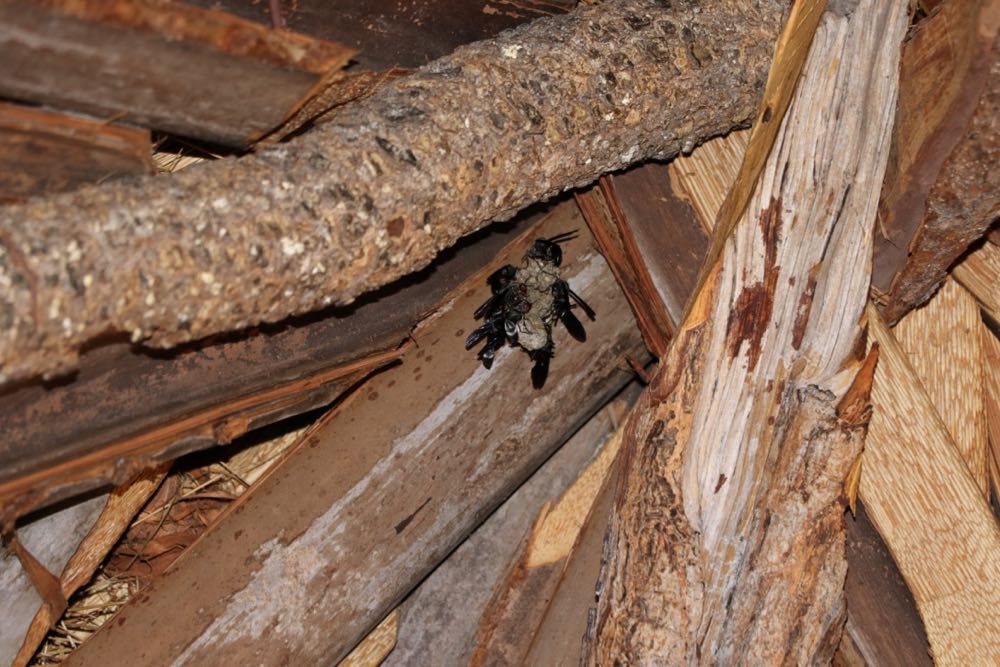 We wanted to walk down to the Mumba Tuta Falls – we could just see them from the camp – the Shaws got up earlier than us and tried, but he path was severely overgrown with very tall grass, and was very boggy, so that plan was scuppered. Instead we warmed up water, and took our warm water down to the river, and had a lovely shower on the banks of the river, using a milk bottle with holes pierced in the lid as a shower – very effective! Thanks Pete and Sally for the use of your shower :). 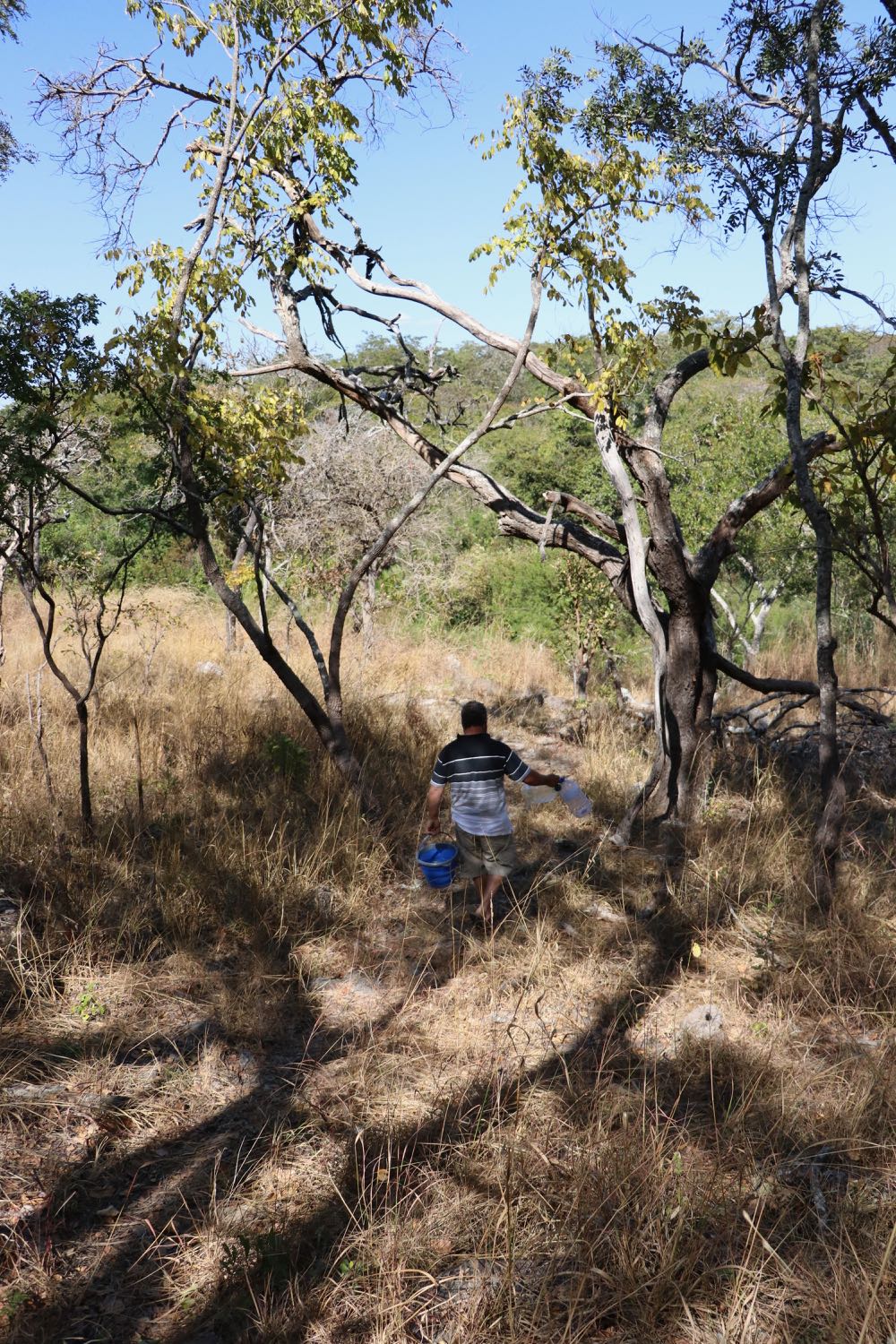 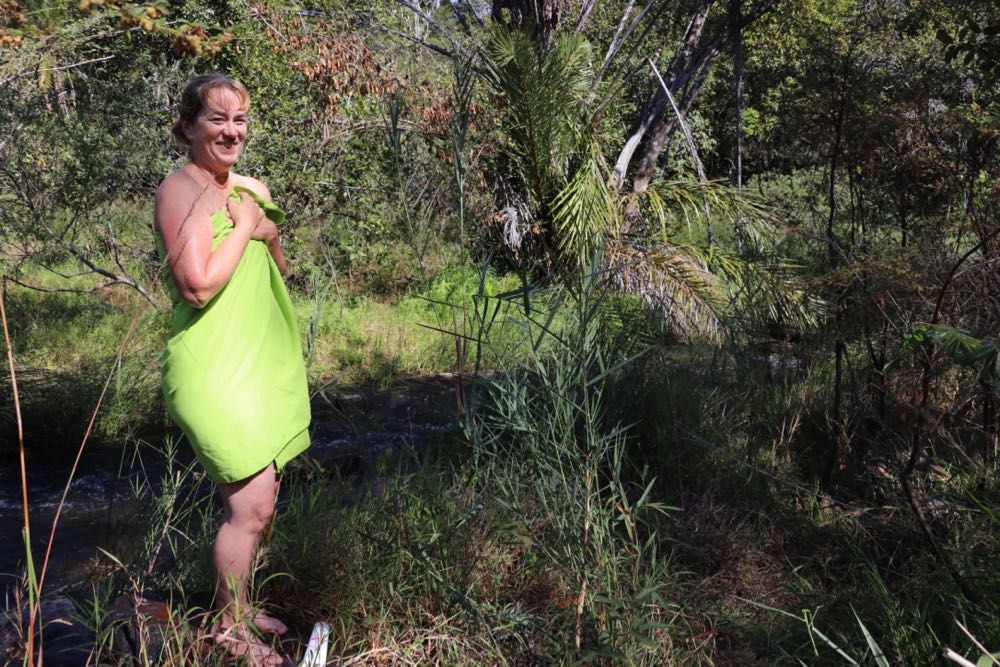