The ritual of the camp pack up, last shower under the “waterfall”, farewells, and off we set to Hippo Bay Campsite, located in the south of Kafue, on lake Ithezi Thezi, which is actually a dam. Richard and I have been listening to audiobooks, so this was a good chance to continue listening to the book we were engrossed in while keeping an eye out for game. Approximately 30 km south of Kasabushi, there is a track to the left, over a flat grey rock. Follow the track, park the vehicles and climb the granite dome – what a view – 360 degree panorama of Kafue, including the river before it flows into the dam. It literally took my breath away. African bushveld with a magnificent river flowing through it, granite hills and outcrops. 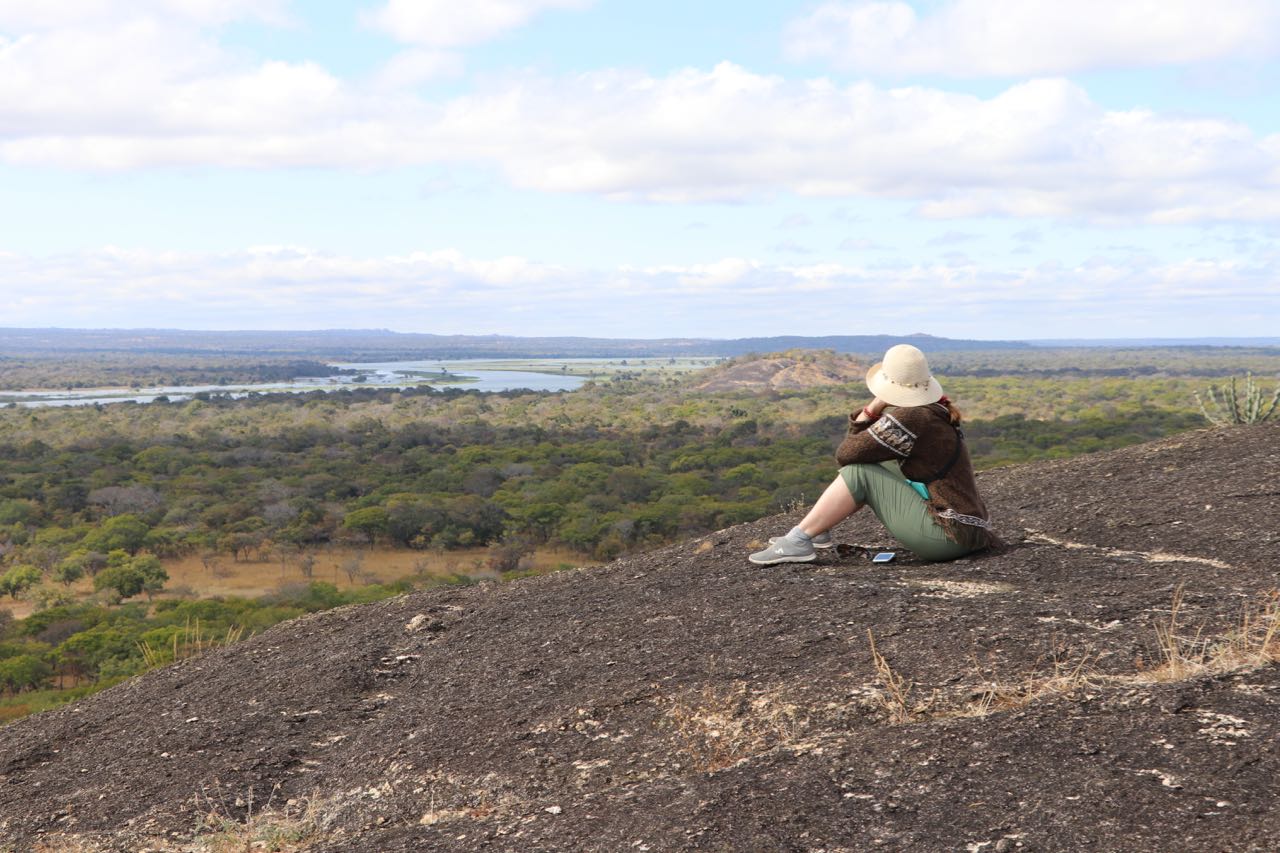 I didn’t want to leave that spot, but we needed to press on to the campsite. First a quick tea and snack break, covered in insect repellent to avoid the tsetses – although when one is still/ moving slowly on two legs, they are not so bad.

As the road veered east around the bottom of the lake/dam, we encountered some lovely wildlife. Loads of birds, a hippo grazing noisily in the shallow waters, puku, waterbuck, and then a lioness! In fact we initially did not see her – hiding in the tall grass. She attempted to catch herself some lunch, but the buck managed to elude her this time. 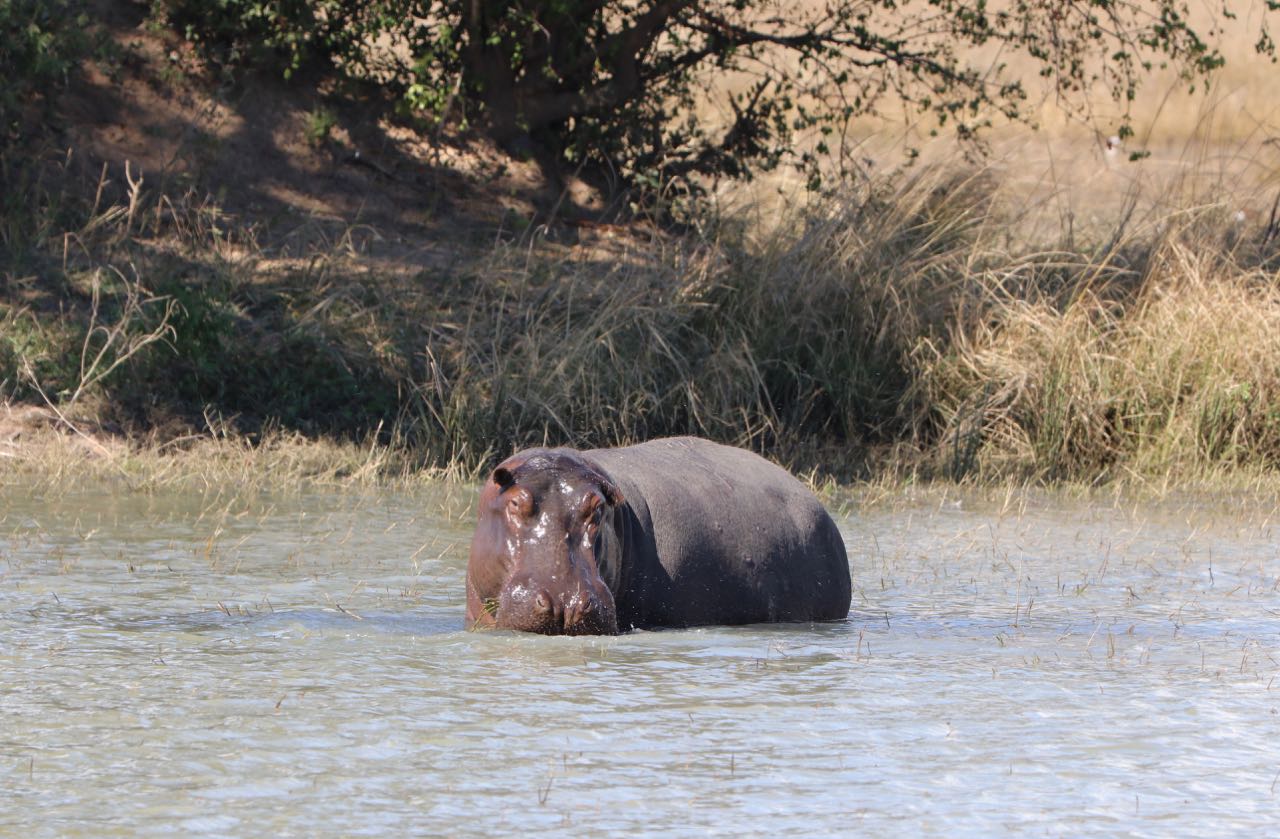 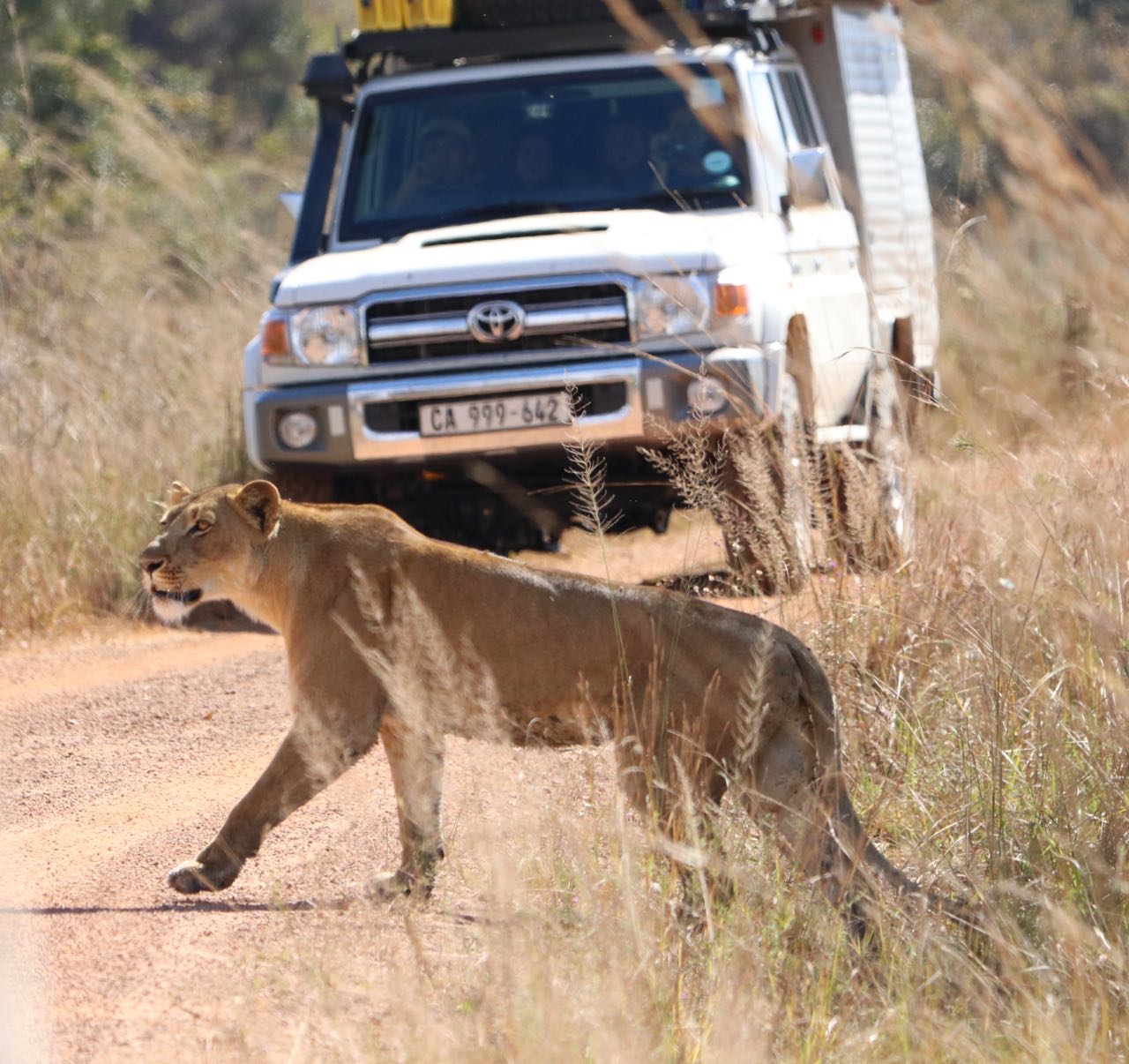 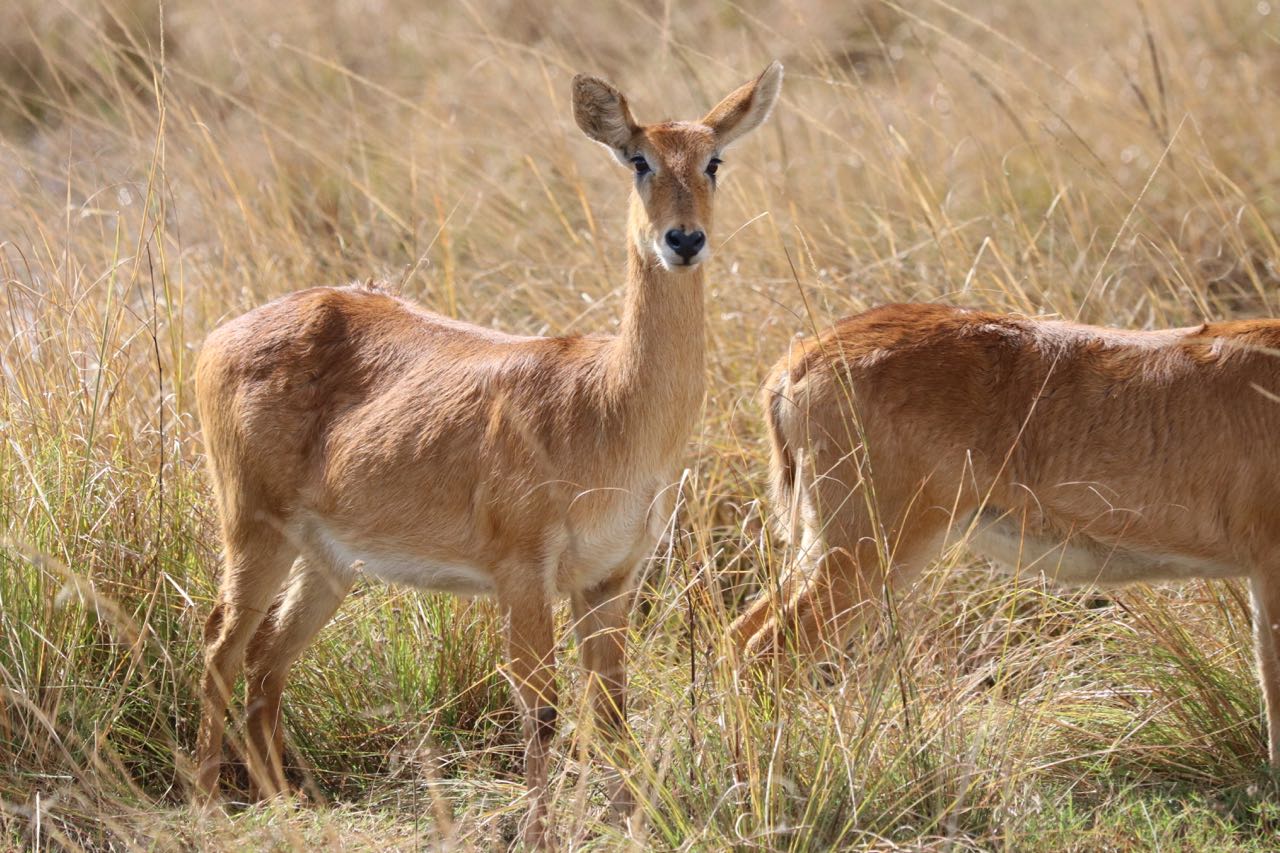 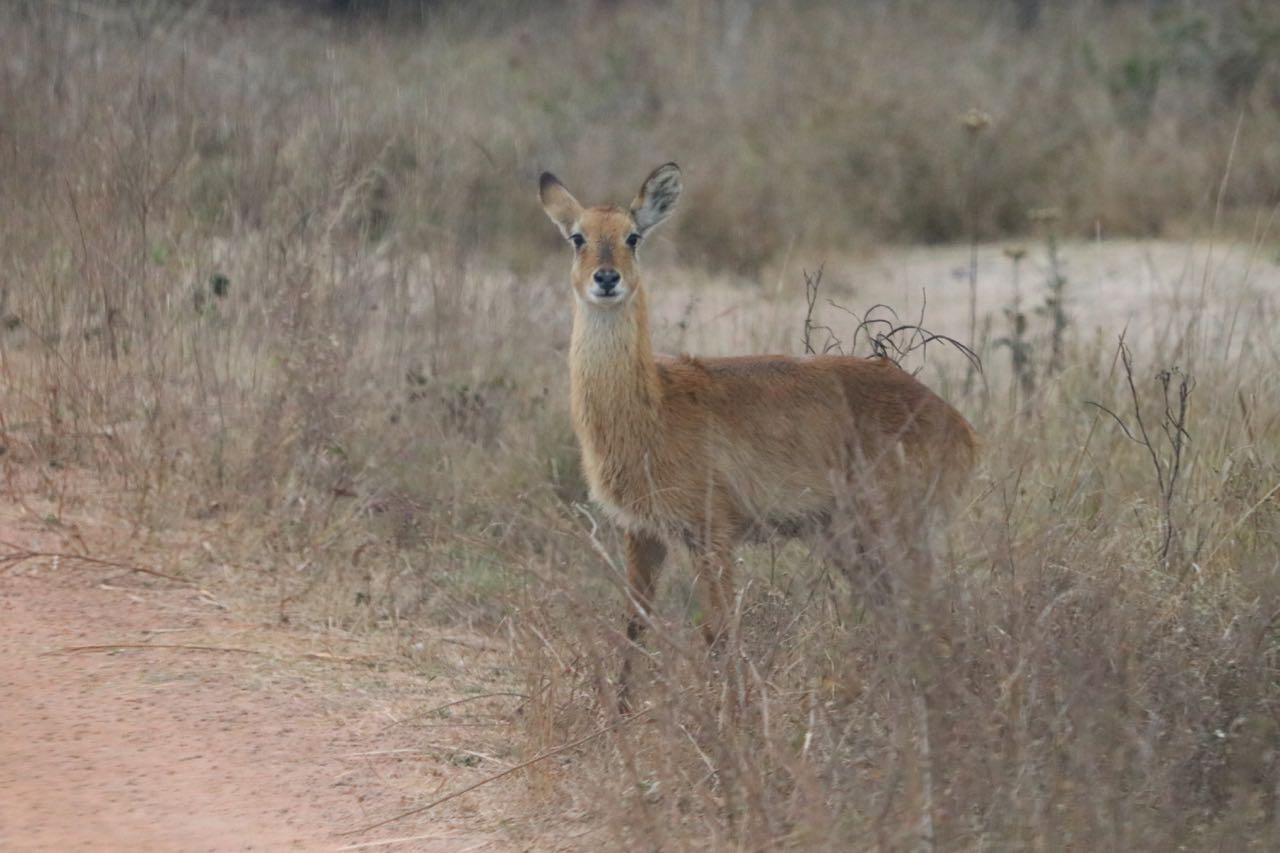 Hippo Bay Campsite is a bit of a free for all – no designated campsites, so pick a place, which we did, away from where everyone else had set up camp.   Basic shower and toilet facility is provided (hot water from a donkey, flushing loos), and firewood is provided. The camp could do with a little bit of a fix up, but we were perfectly happy getting back to the more rustic camping style. The plan was 3 nights, but the Shaws and us decided to leave a day earlier to start our great journey northwards, while the other 3 families headed back to South Africa. Our final banquet around the campfire. 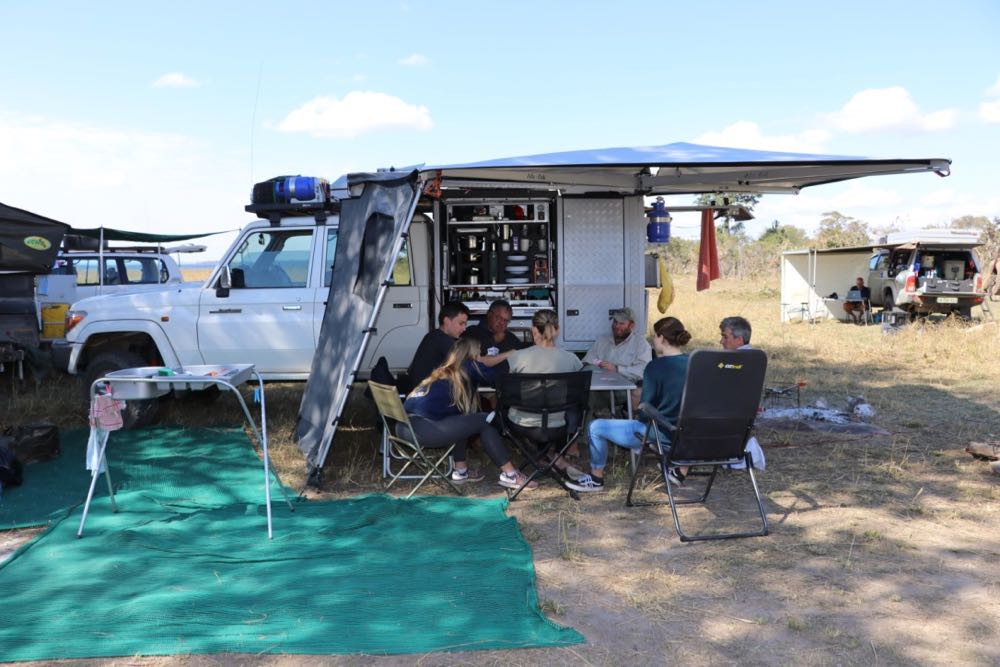 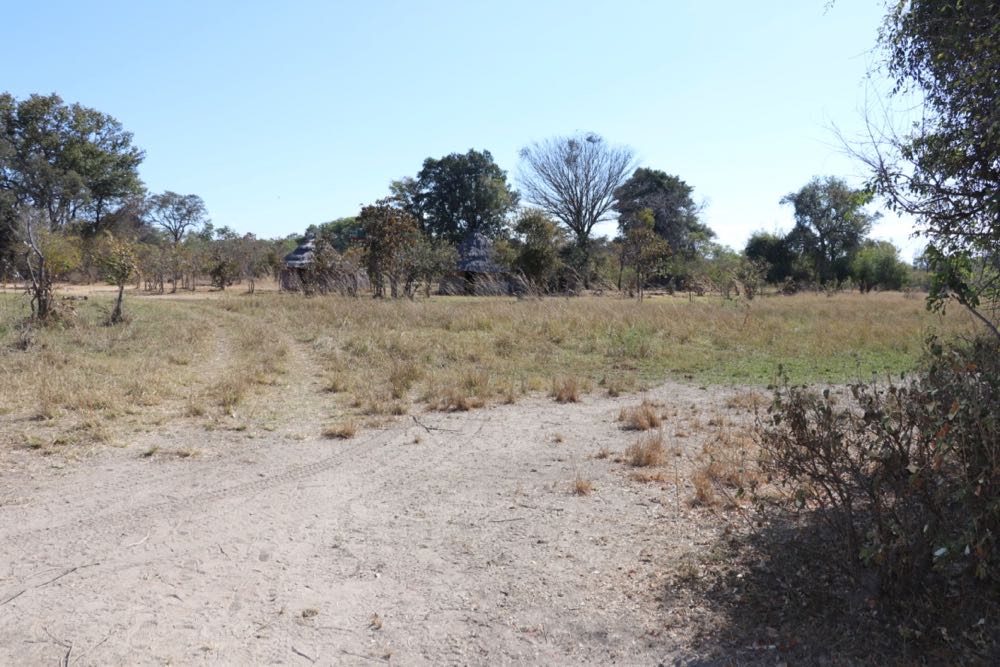 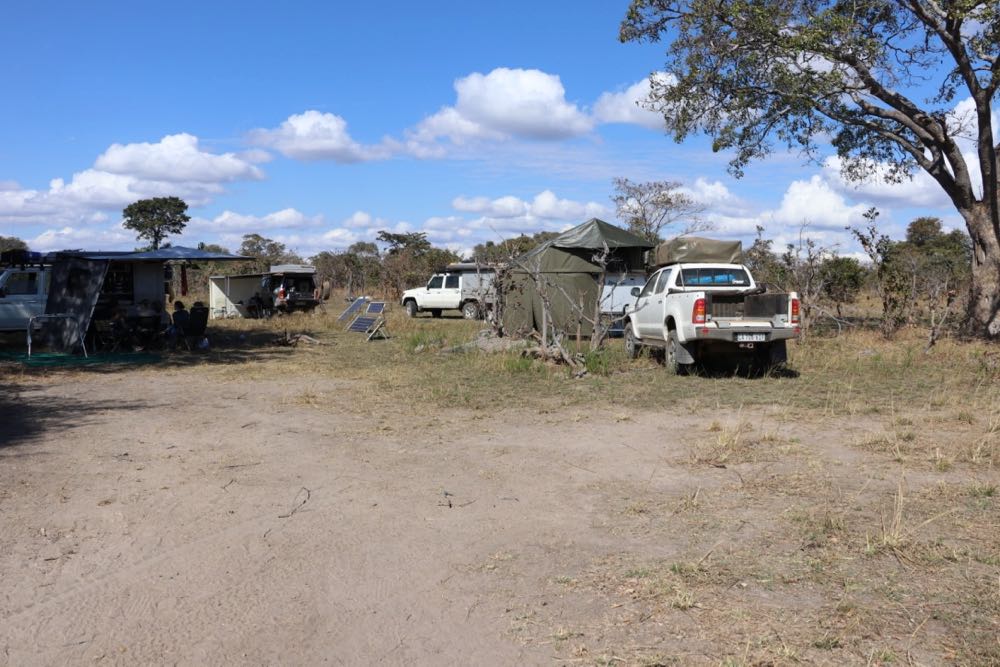 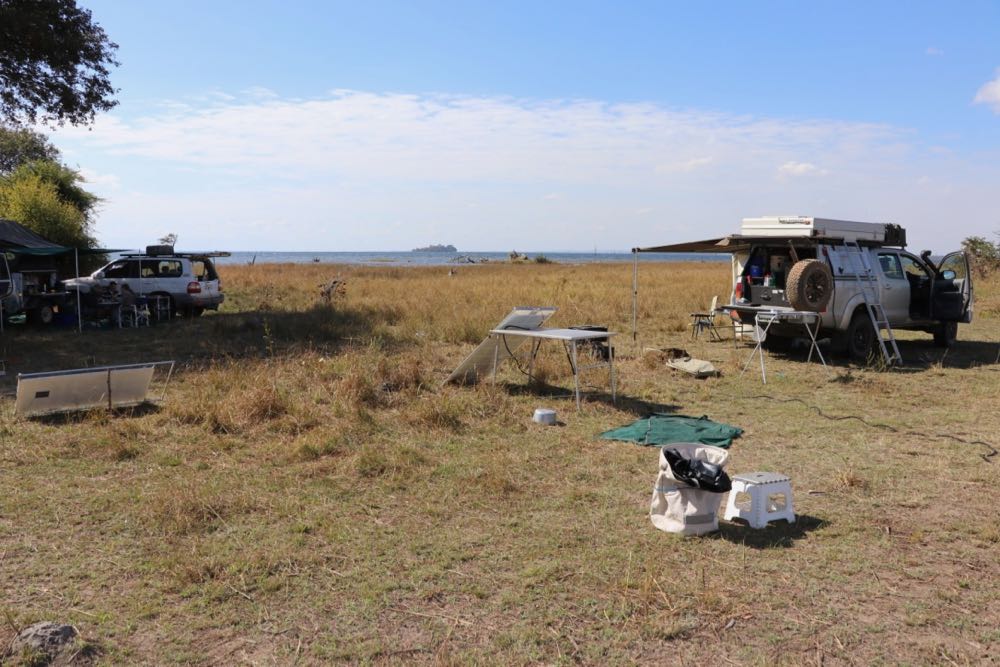 Shaw and Gie camps were packed and ready by 7h30. It was hard saying good bye to everyone – I am afraid I landed up ugly-crying, as our kids call it. Didn’t expect to – it all sort of welled up! We really had a fabulous time making new friends and sharing incredible parts of Zambia with everyone. Very grateful for this.