The road to Kafue from Luiwa is long, so we were up early to get going….left by 7:30 am. We dismantled Nkandla, as our full Klippie arrangement had been dubbed by our fellow travellers (includes the shower and the fire pool is the washing up basin J), the night before, so it was a matter of dropping the roof top tent, making tea and a flask of coffee for the road, get dressed and bid a final farewell to our wonderful camp attendant, Loanga.

We watched the sunrise over the plains as we drove back over the sandy roads to the ferry. 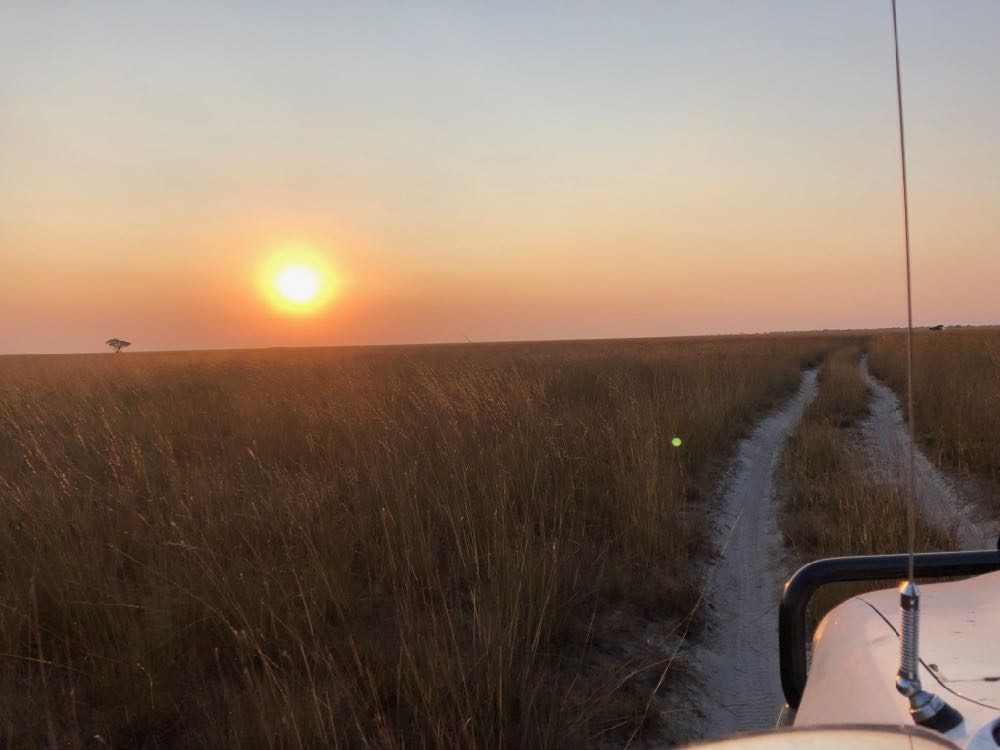 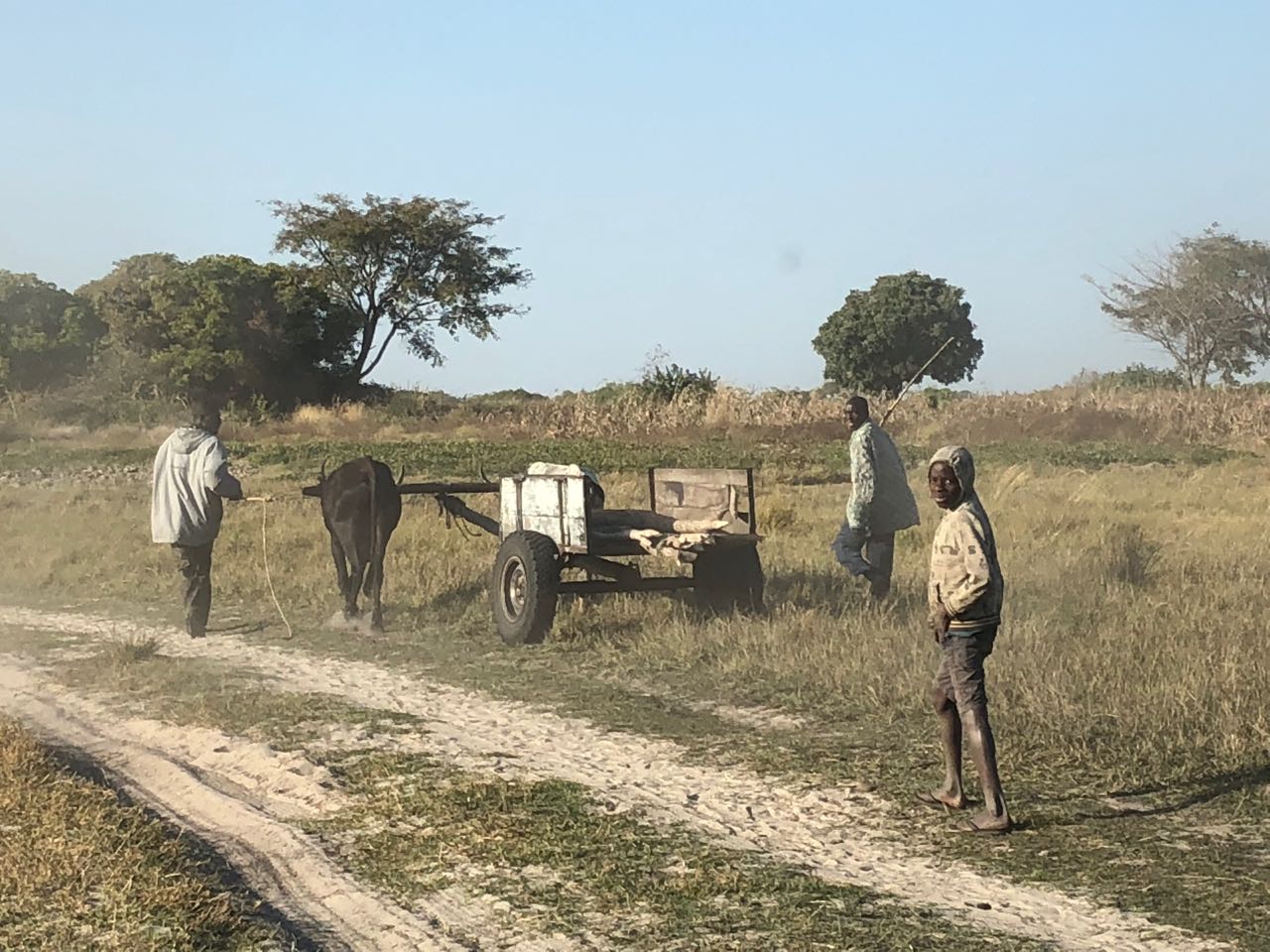 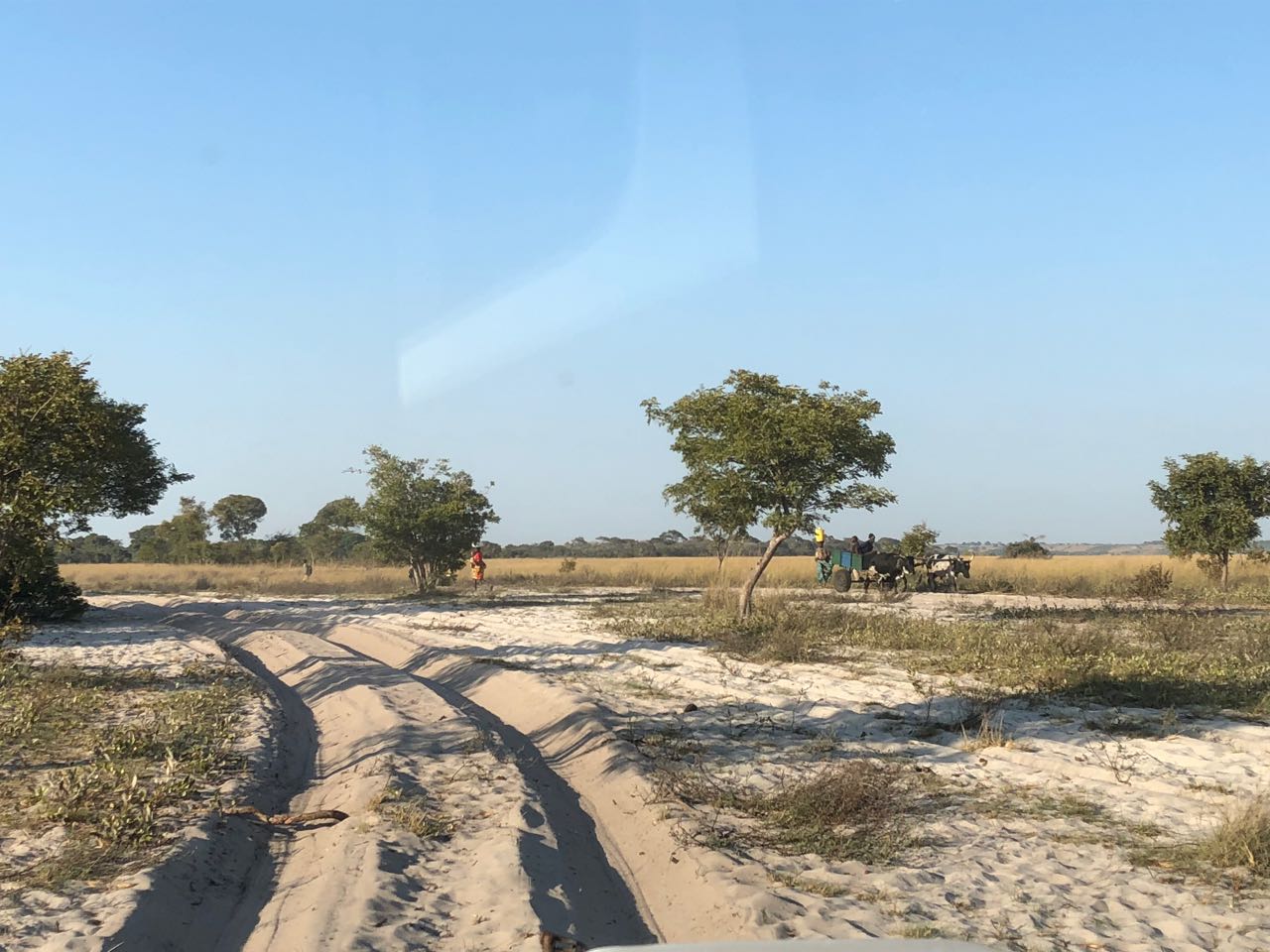 Only the hand-pulled ferry was in operation when we got there. We squeezed on behind TinTin, the Lambrecht’s vehicle. 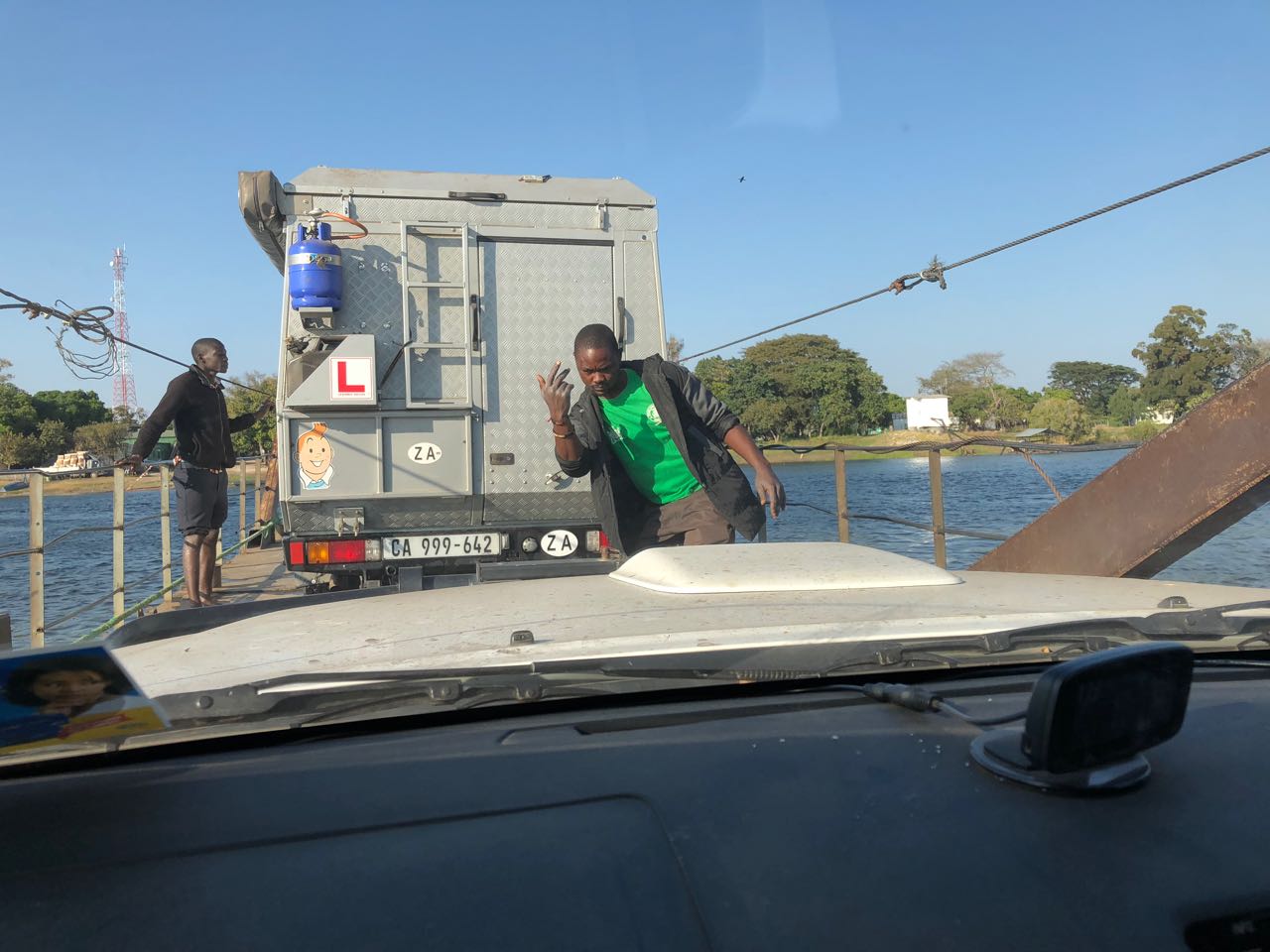 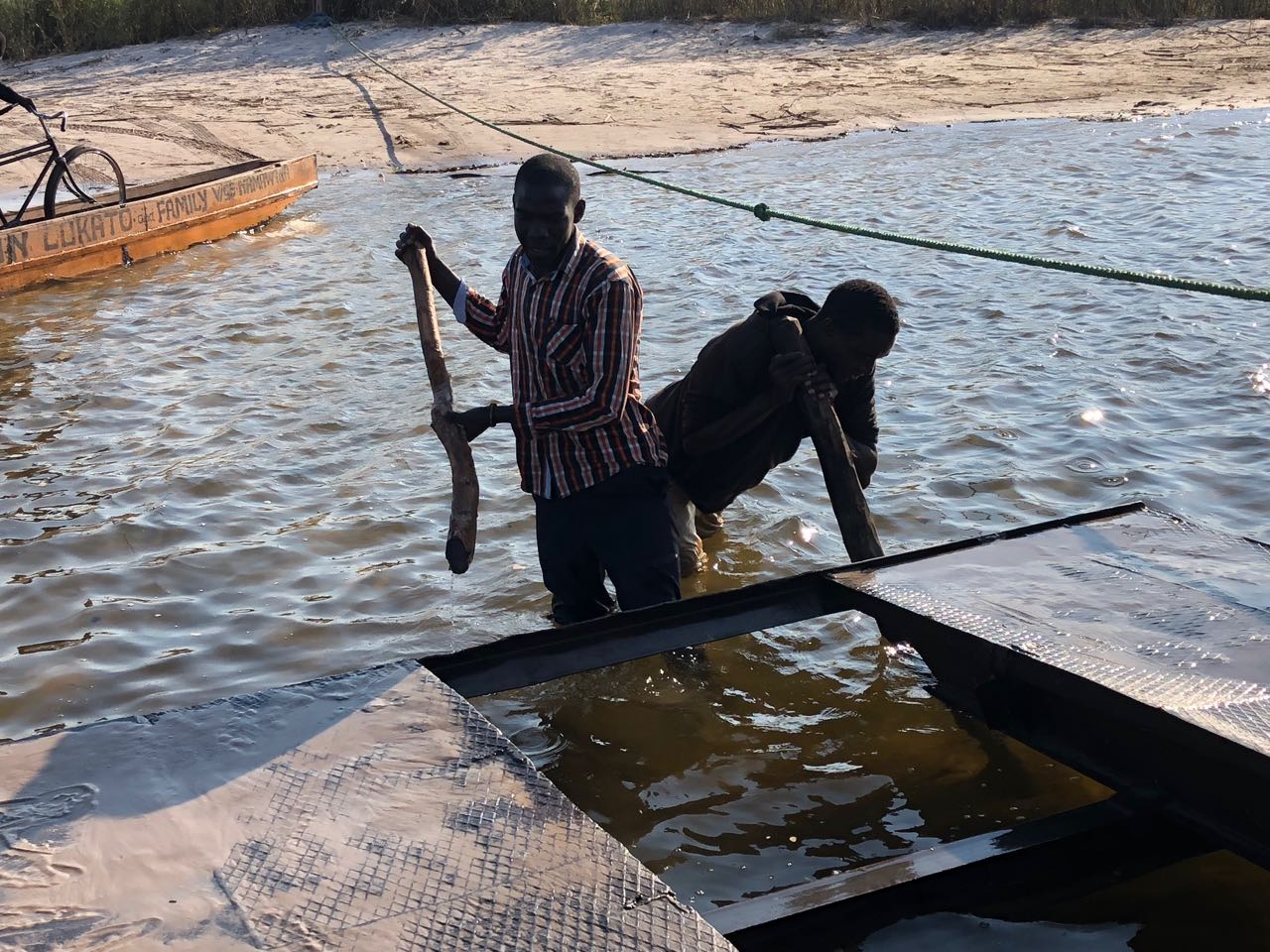 Most of our crew helped to pull on the rope to get our heavy load afloat and safely across the river. The other 3 vehicles also had no problems crossing. Tires re-inflated, and we hit the good road over the Barotse floodplains to Mongu once more.

In Mongu we headed straight for the Shoprite to stock up. It happened to be a public holiday, so unfortunately the shelves were a little bare, but we got what we needed, filled up with fuel and water, caught up with payments and messages with reasonable 3G connections, and headed east on the M9 to Mayukuyuku Camp. Much of the road required superior pothole dodging skills, but the closer we got to Kafue, the road improved. 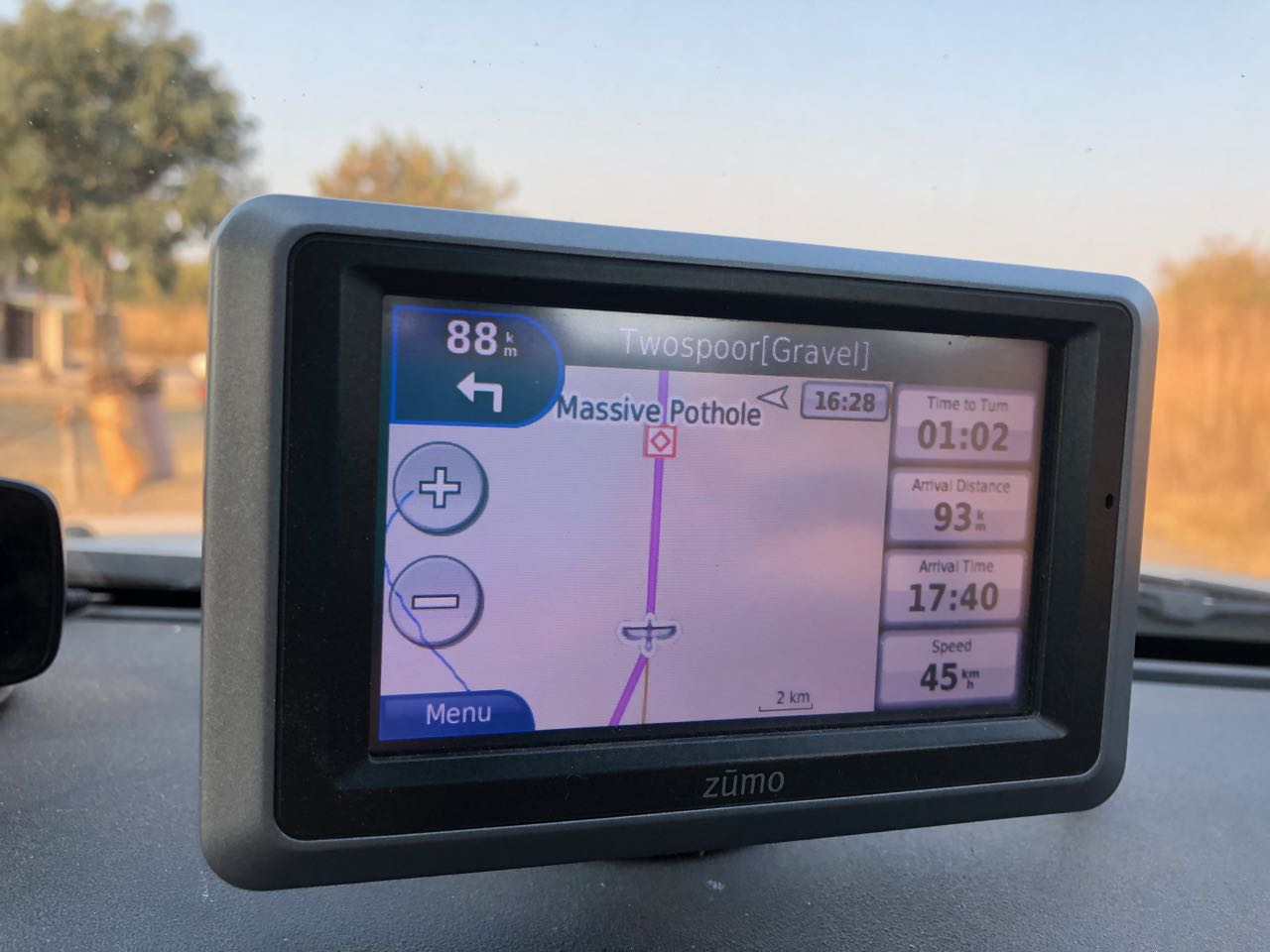 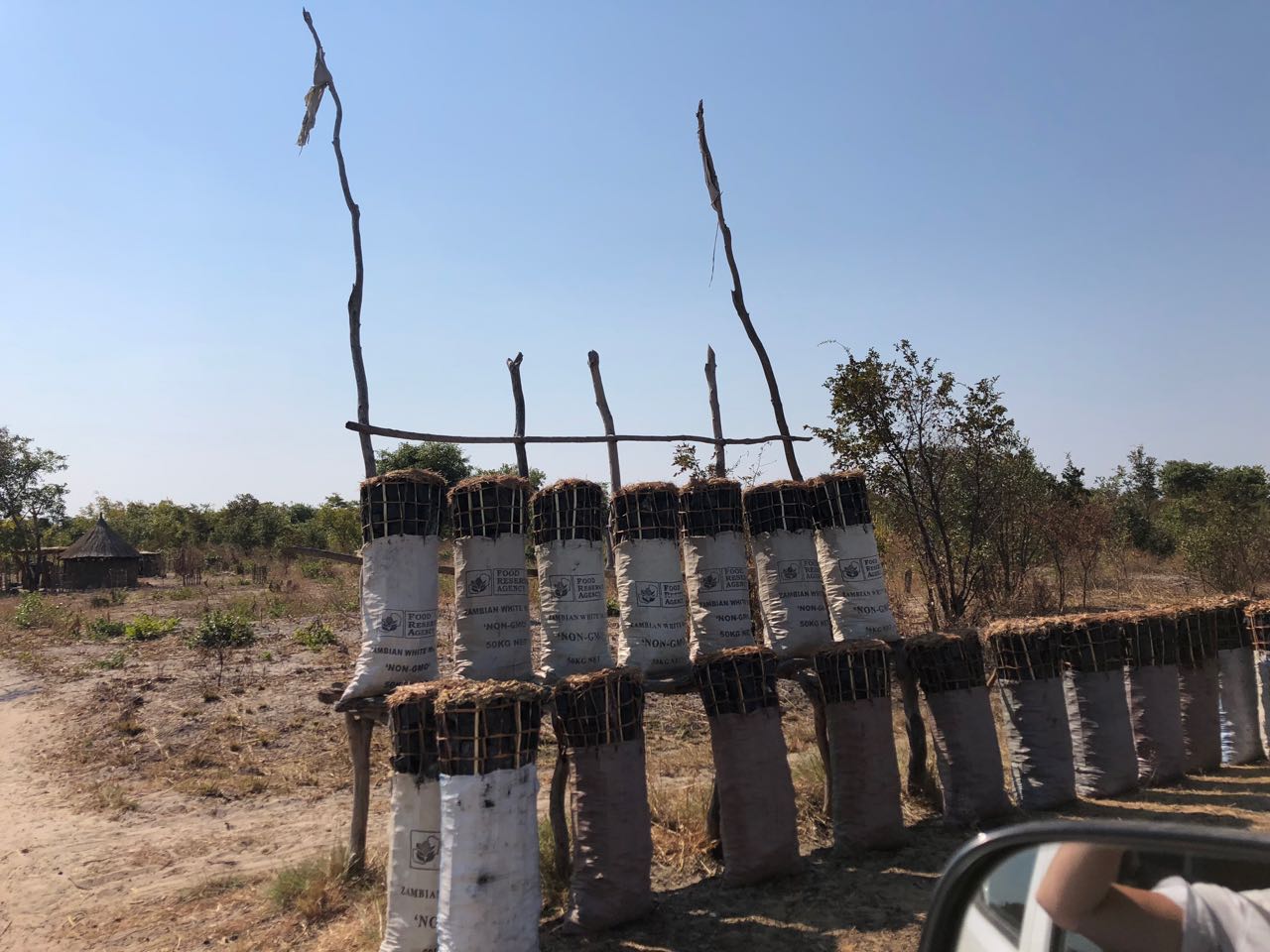 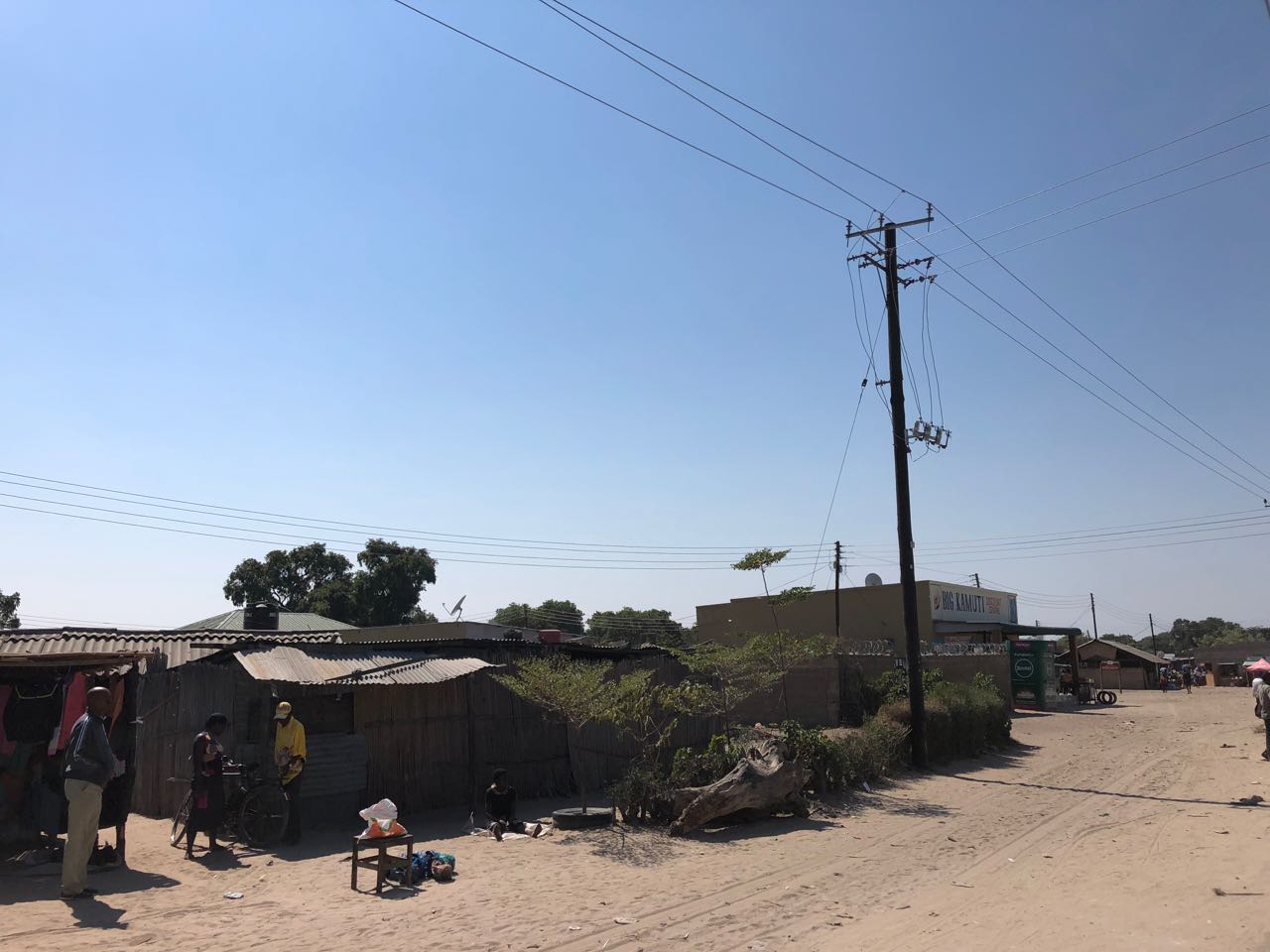 Eventually we arrived at the park border, crossed the hook bridge over the Kafue River, and headed off the M9 towards Mayukuyuku. 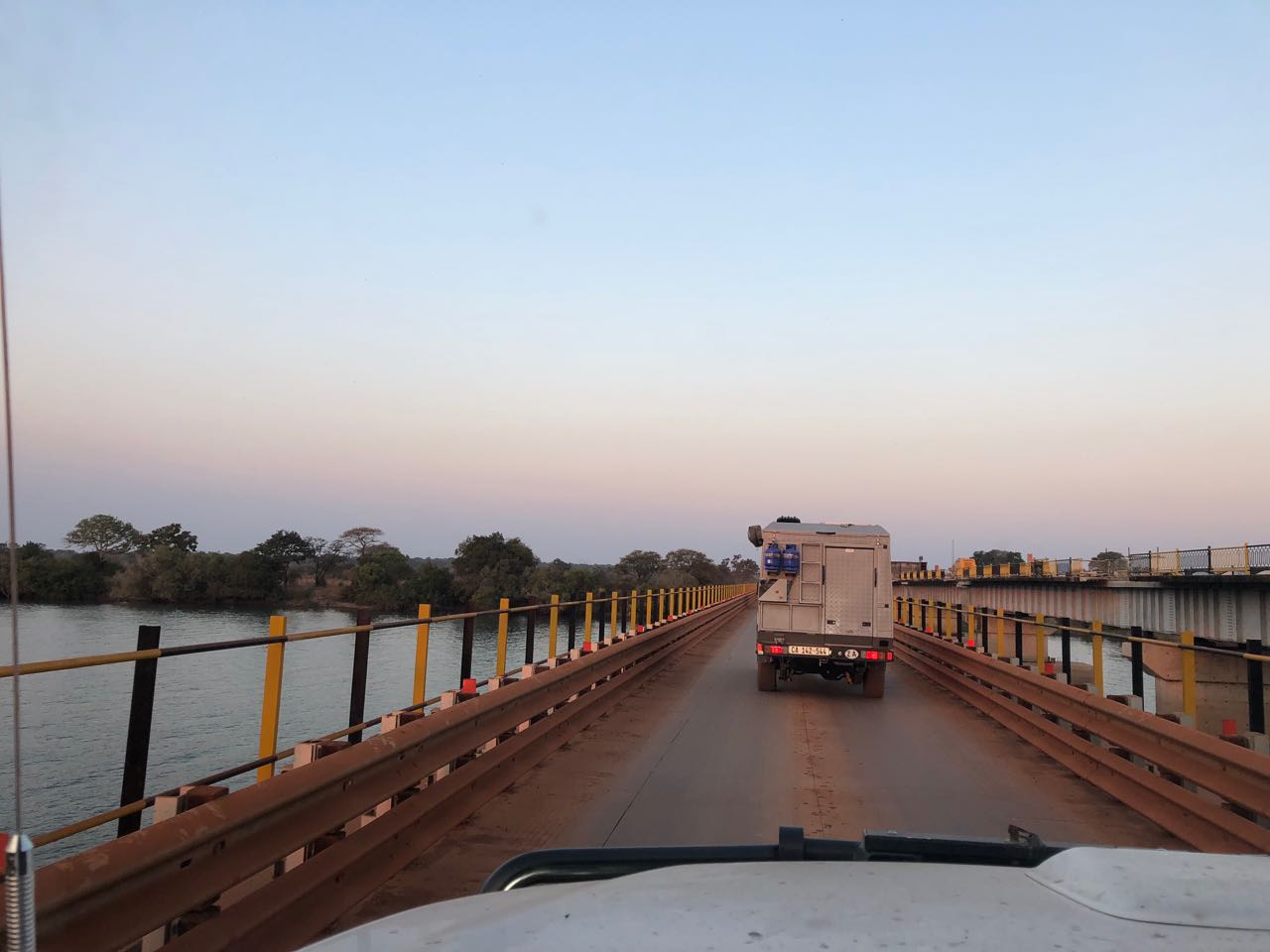 We arrived at the reception just as the last rays of sun disappeared, opened the car doors into the welcoming buzz and piercing bites of tsetse flies! Insect spray and improvised long clothing helped us complete the necessary documentation, and we drove down to our campsite.

We were welcomed by a fire already lit, the donkey stoked for hot showers, and a beautiful site next to the river. We set up camp with great efficiency, and got stuck into braaing, cooking, showering. We went to sleep with the sounds of hippo close by and the occasional Ellie and lion in the distance.

A note on the Tsetse flies….they are not found around water, so campsites along rivers are generally tsetse free. They seem to like grassy areas, and follow cars as the probably “see” them as moving animals. So game drives are done with windows closed to avoid the critters flocking in to the car and enjoying their next meal courtesy of your blood stream! One recognizes the Tsetse Wave happening in vehicles…the occupants hands flailing and swatting these tough flies that have found a way into the vehicle, as you drive past. There is another version of the wave, more like, Royal wave, to greet fellow travellers, but you don’t dare open your window, so a wave and a smile just has to do.

A full day in camp just chilling by the river. 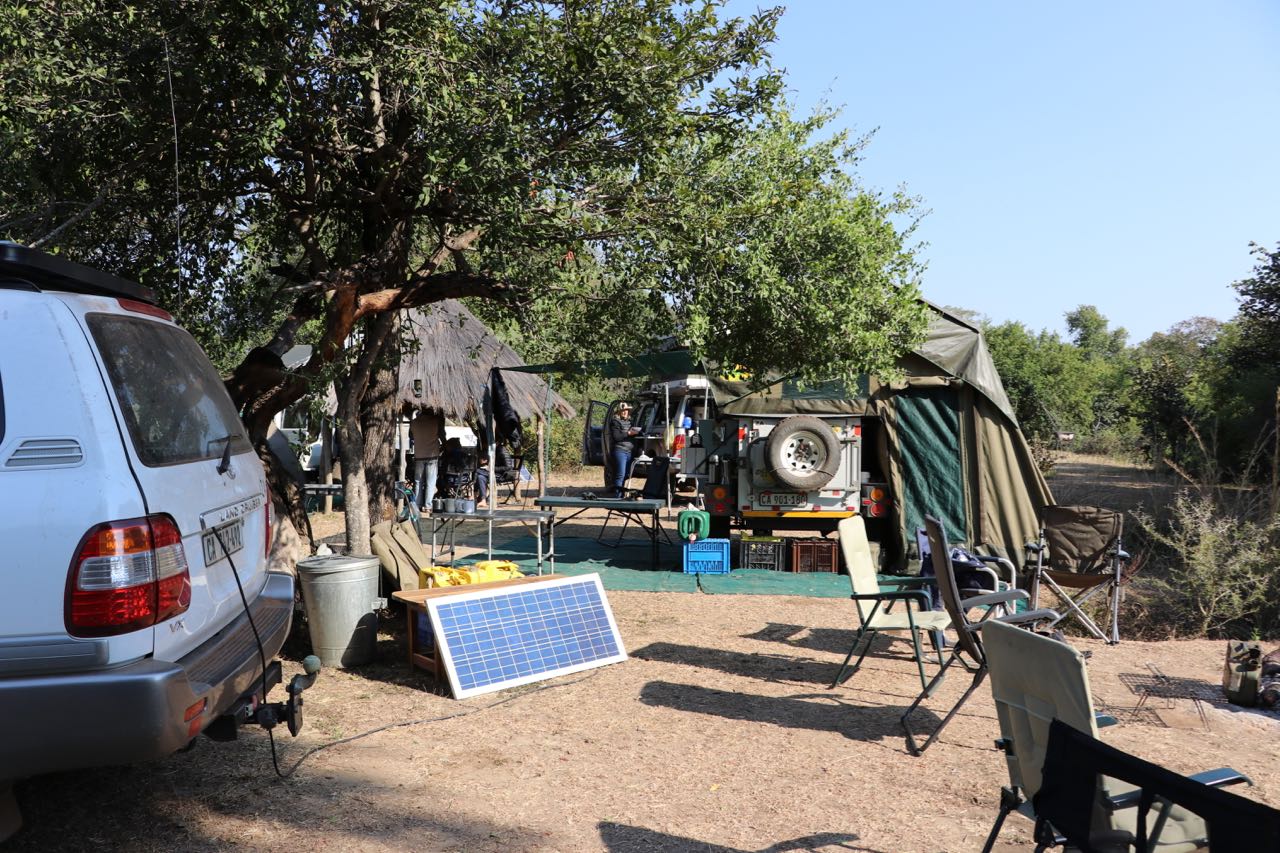 Well, some chilled, some fished…competition continued. Again Pete did well and eventually caught a small pike. Phil was the winner with a pike and a bream….the bream went onto the braai, while our camp attendant got the pike for his dinner. 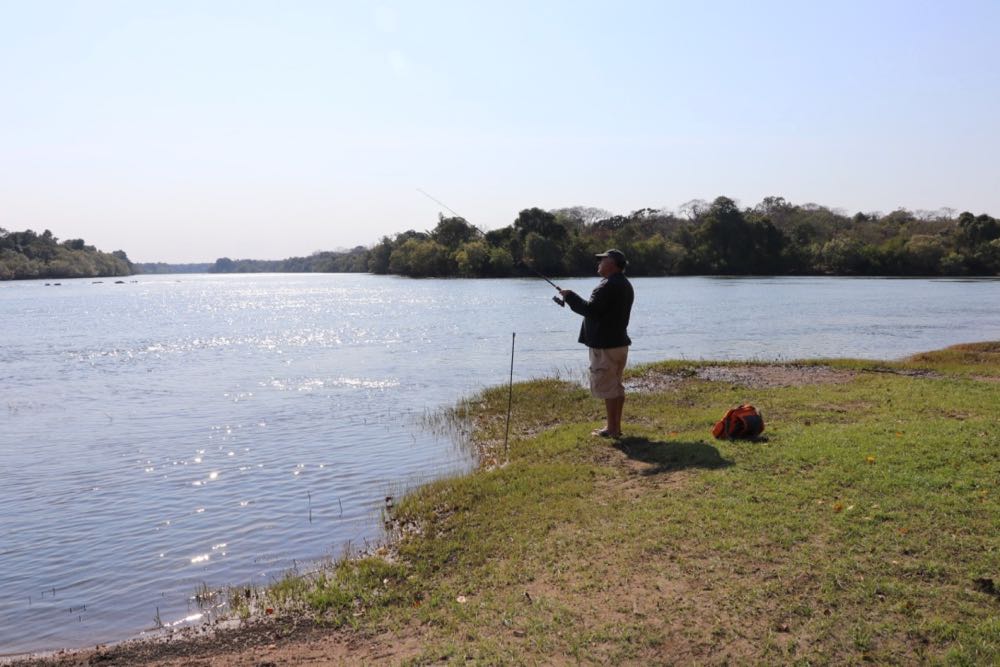 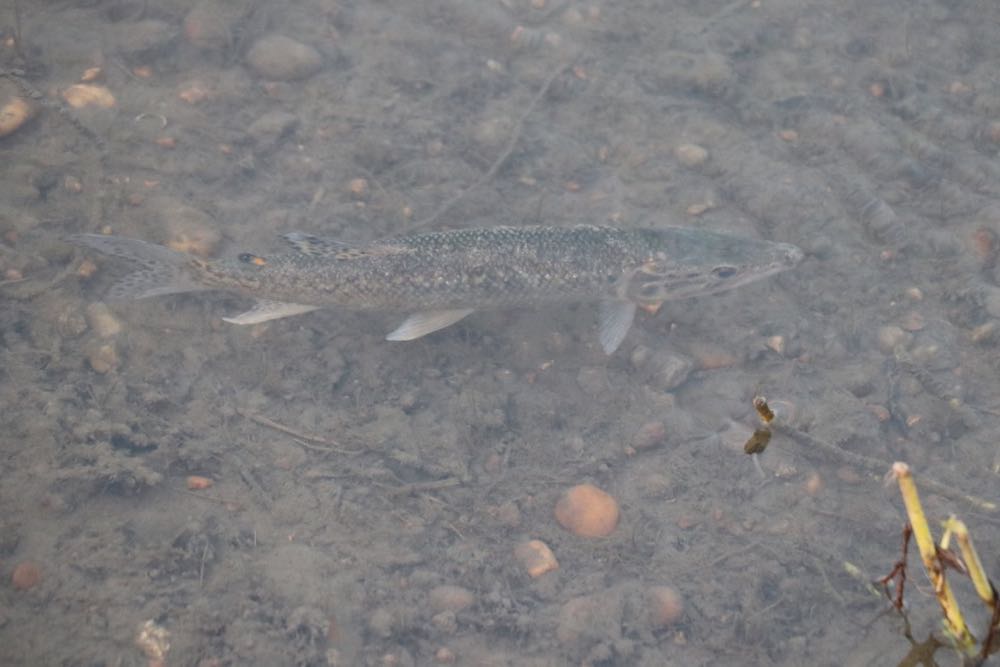 The youngsters and Shelly had a flapjack bake-off – which Phil aptly named the flap-off! So delicious, and we declared that everyone was a winner. 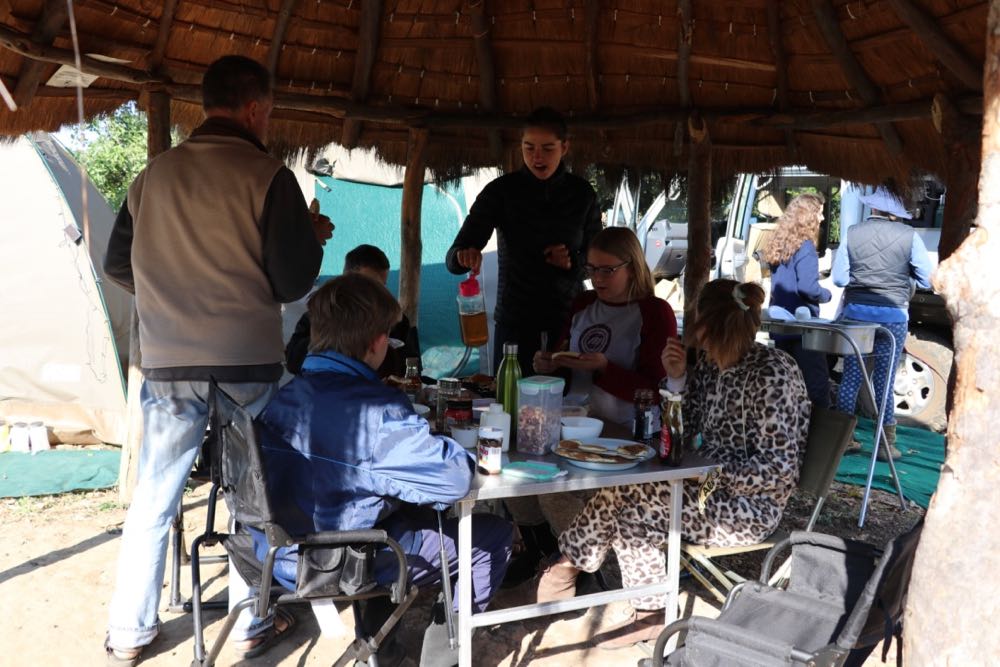 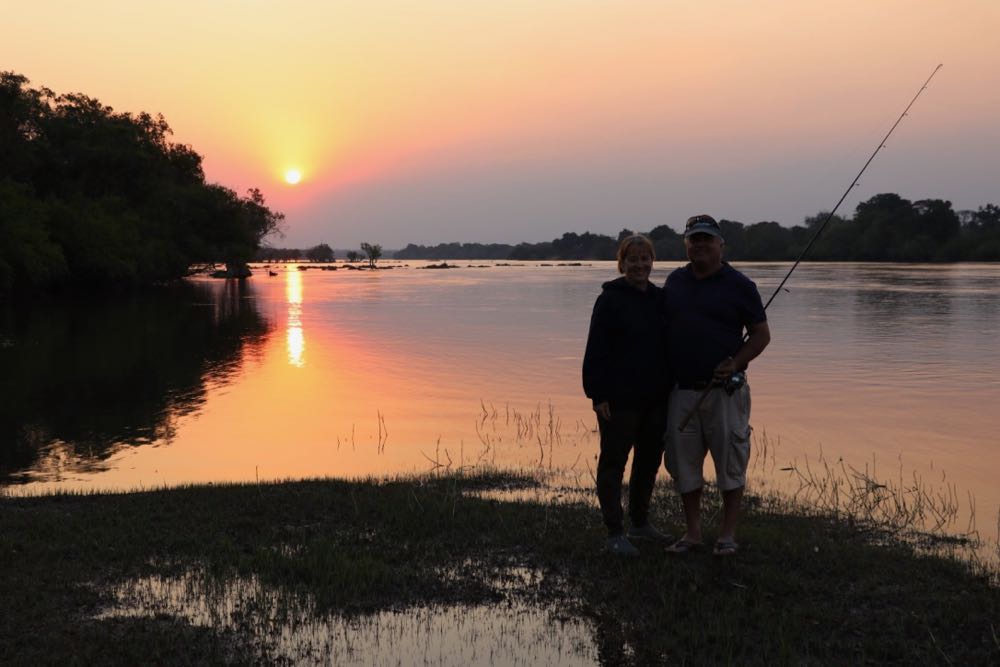 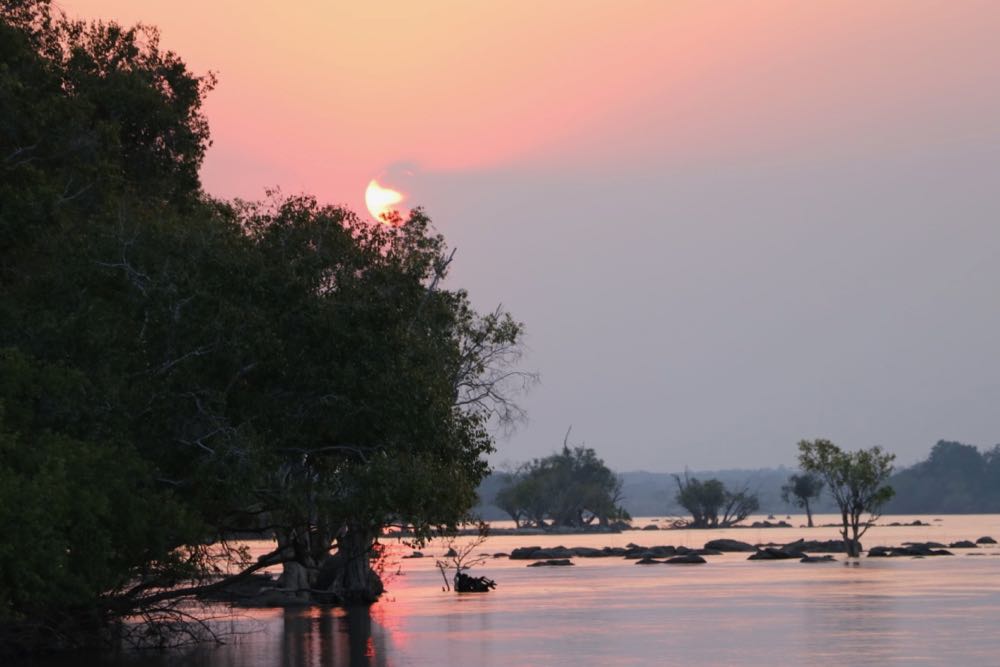 Sally and Pete were on banquet duty – lamb curry with poppadoms cooked on the fire!  Super yummy. 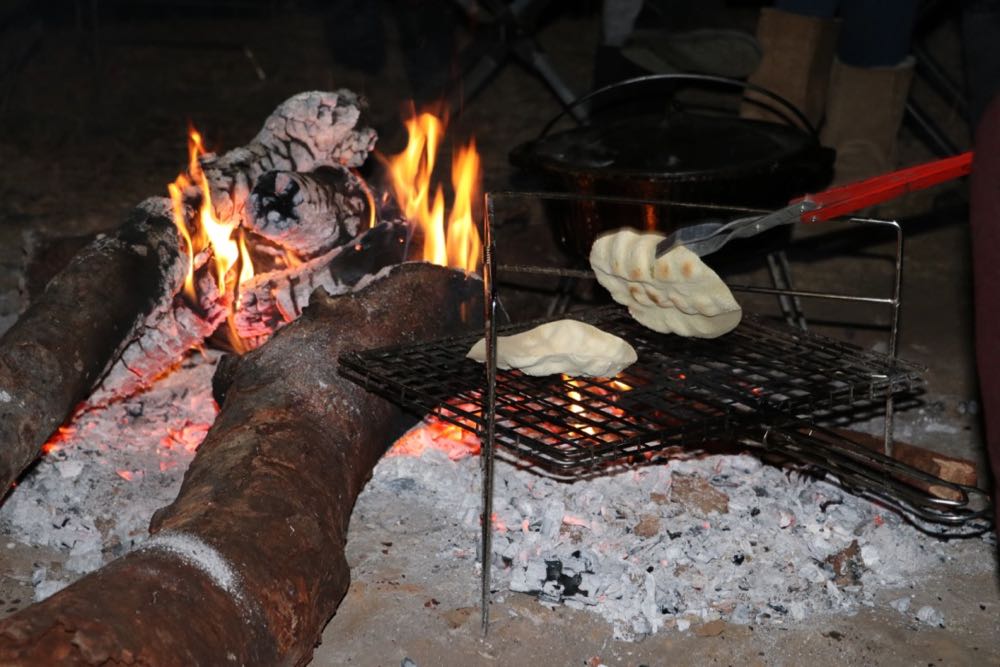 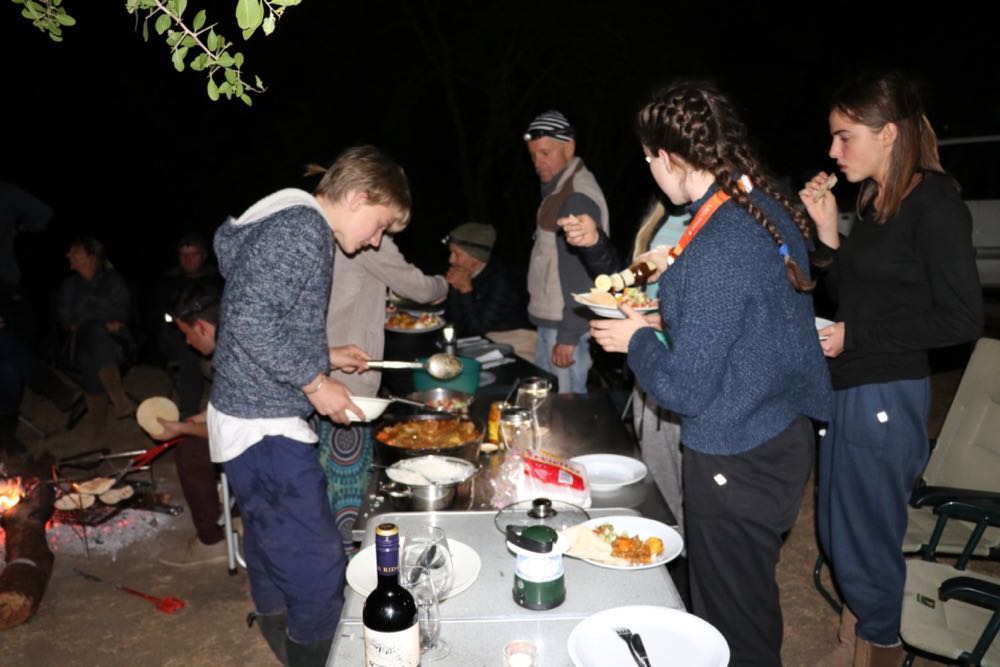 During our meal, or shortly after we heard hippo coming out of the water just in front of our campsite – shone the torch and there was a mom and calf happily grazing the cropped grass. We were a little fearful Mom planned to enter the campsite, but she took her calf back into the water after about 15 minutes and must have headed for a less human-occupied spot to continue the evening feed. 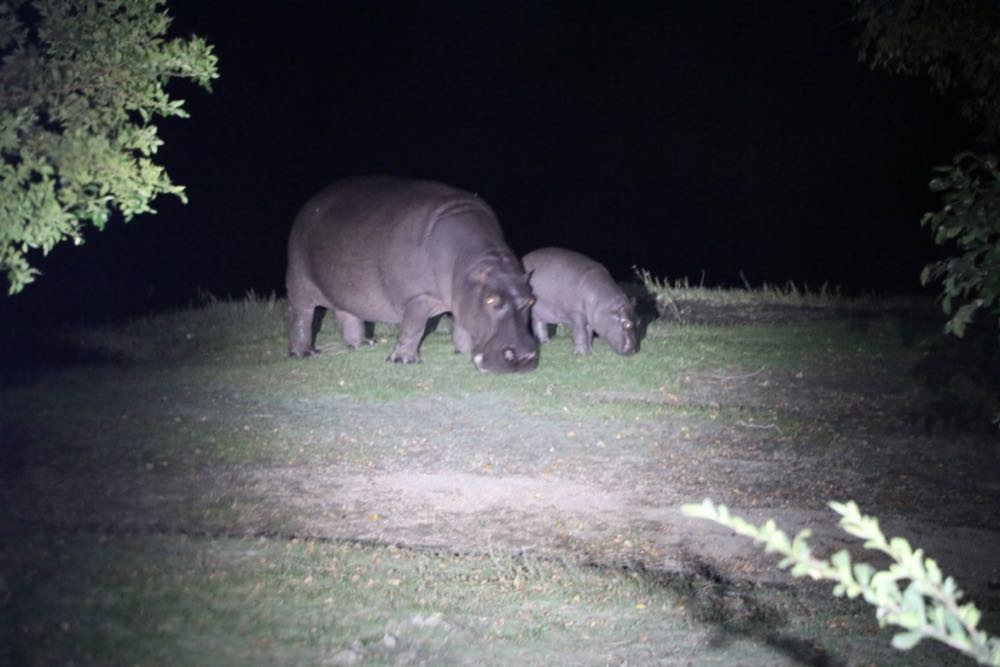 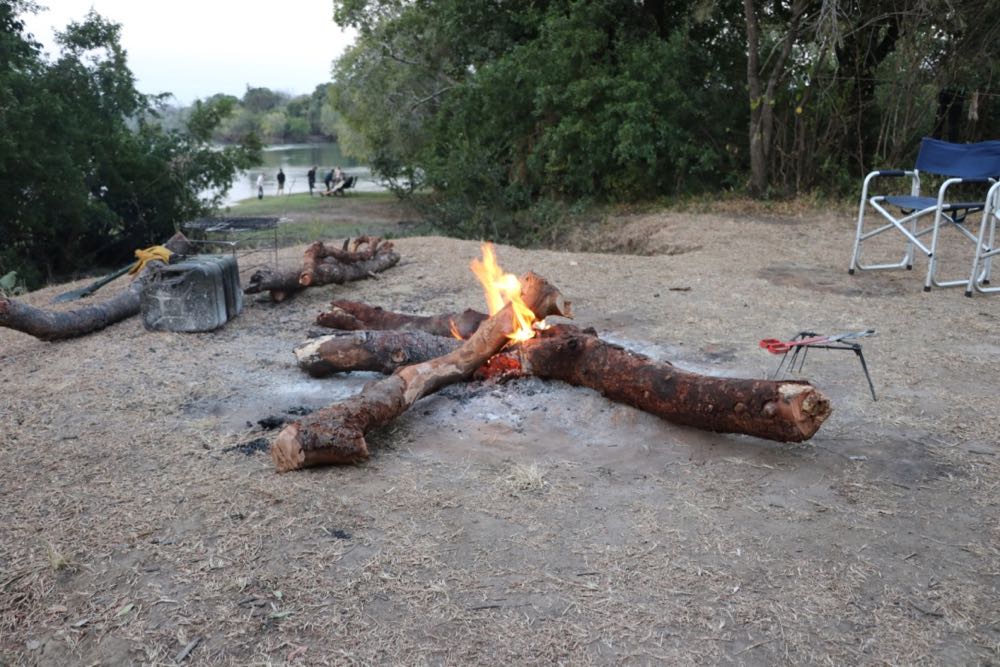